When Apple first launched the iPhone, the world was decidedly skeptical about the prospect of typing, swiping and generally navigating an interface with very few buttons. But while some have been dragged kicking and screaming into the modern Digital Age, there still exists a sizeable sect of consumers that much prefer things the way they used to be. The fact that gaming controllers are supported by most smartphones and tablets is a testament to this, and now, one start-up has gone a step further by creating a project that offers stick-on physical buttons.

If you find a touch-screen to be somewhat unreliable or difficult to engage with thanks to the general lack of tactile feedback, it stands to reason that you may often long for the days when buttons were aplenty. But if you thought that physical keys were in the process of being phased out for good, you’ll be pleased to know that one company has your back. 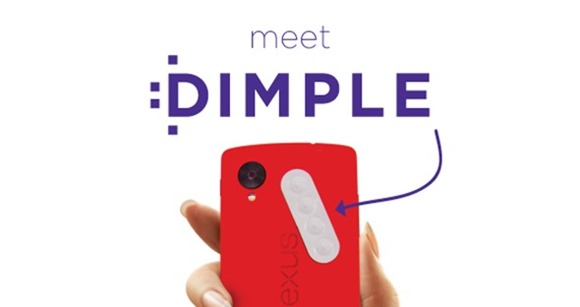 The Dimple, which is comfortably en route to smashing its Indiegogo target funding after just a couple of days, is a small sticker with four equally distributed buttons. It sticks to the back of your smartphone, or along the bezel of your tablet, and connects via NFC. From there, you long press any button, and through the accompanying Dimple app, you can readily assign each button to a specific action or toggle and press, press, press to your heart’s content.

By the look of the demo video, it looks pretty easy to configure, and the clincher – aside from the fact that it requires no batteries – is that a user can attached more than once Dimple sticker at a time. So, theoretically, if you wanted to add 16 physical buttons to your smartphone or tablet, you could, and given the 18 months of work that the Dimple team has put into getting this far, they’ve come up with a pretty ingenious product if you ask us. 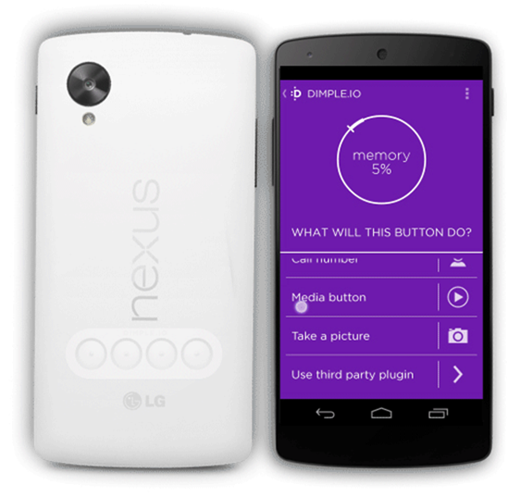 The campaign only kicked off on Tuesday, and is already almost $30,000 towards its $43,000 goal, at the time of writing. Suffice to say, it’s almost certainly going to make it, and even though the cheapest $25 option has already sold out, you can still snap up a unit for yourself at $27. 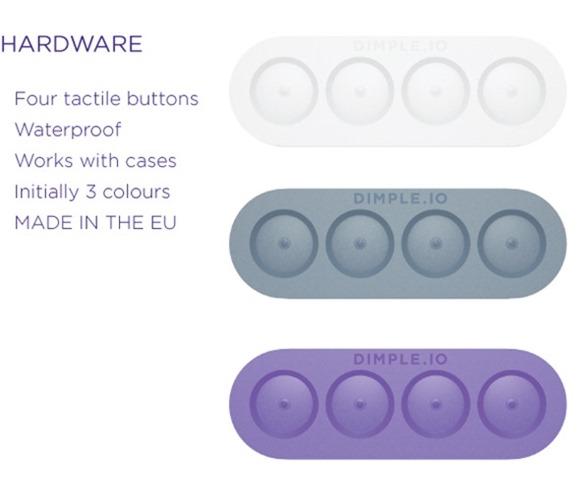 So, if you’re interested, check out the video below, and go support the project. Please bear in mind, though, that your device will need to be running Android 4.0 ICS or higher, include NFC, and not be comprised of metal; so no support for the HTC One M7, M8 etc.