Here’s how to fix iOS 14 Could Not Activate iPhone Activation Error right after the update on your compatible iPhone device.

So here we are. After months of beta tests among developers and public beta program members, Apple’s iOS 14 is now available for everyone to download and install. It’s come a little earlier than we might have anticipated and developers would have loved a little longer, but here we are. And you’re having problems, aren’t you? 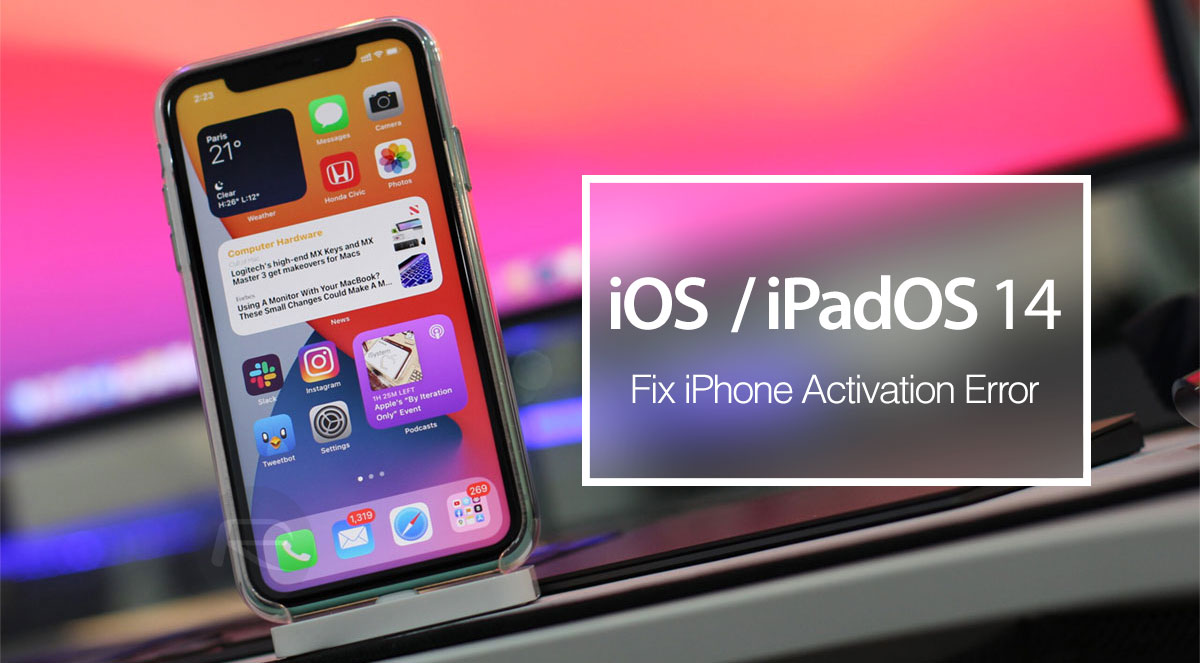 One issue that seems to crop up with each and every big iOS update is the “Could Not Activate iPhone” error that stops an iPhone update in its tracks. It’s no fun and there isn’t an awful lot you can do about it. There are two options we can think of and, unfortunately, we don’t think you’re going to like either of them. You’re downright going to hate one of them!

With that said, let’s take a look at what options we have.

If you’re connected to the internet but can’t get beyond the activation stage, sometimes restarting your router is the way to go. It’s worth a shot, and it often solves weird problems where devices can’t connect to a service or app, including those run by Apple. It’s worth giving it a try, isn’t it?

Wait it out and cross your fingers

The other, and potentially most likely situation, is that Apple’s servers simply can’t cope with the number of connections they are receiving. After all, half the planet is installing iOS 14 right now. If that’s the case there isn’t anything you can do to fix the problem. All you can do is sit back, wait, and try again later.