Love it or loathe it, and we don’t know how anyone could be in the former camp at this point, Facebook is here to stay. Facebook Messenger is a huge presence in the instant messaging world, and now we know that it will be getting a Mac and Windows app later this year.

The announcement was first made via a blog post and then removed ahead of the Facebook F8 conference. Thankfully, the folks at iGeneration were quick to spot it.

There isn’t an awful lot known about the details other than the fact that Facebook Messenger will break out from the web browser for the first time. We also don’t know whether the app will have feature parity with its mobile cousin, including the group video chat that is so important in such services nowadays.

We’re also launching a desktop app for Messenger that’s available for both Windows and MacOS. People want to seamlessly message from any device, and sometimes they just want a little more space to share and connect with the people they care about most. You can download Messenger Desktop — and enjoy the same features as the app on your phone — like group video calls, collaborate on projects or multi-task while chatting in Messenger. We are testing this now and will roll it out globally later this year.

The new Windows and Mac Facebook Messenger apps are part of a larger announcement that will include a mixing of the service with WhatsApp and Instagram, both also Facebook properties. This is already set to complete next year, whether we want it to, or not. 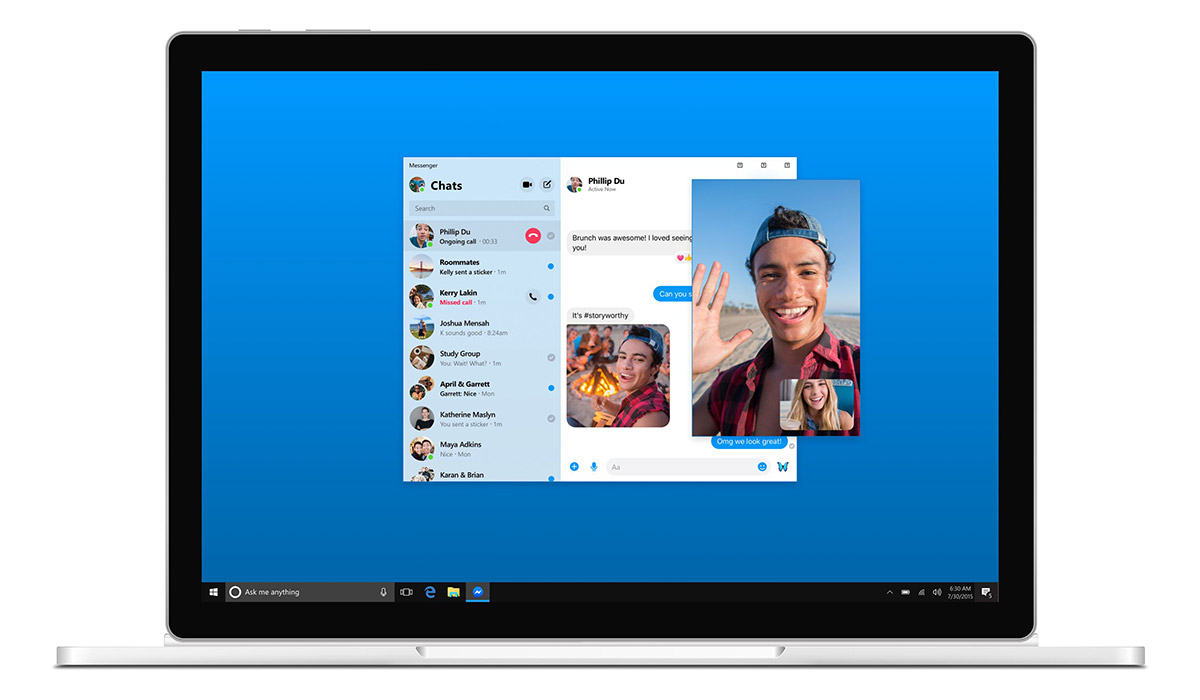