Facebook Launches Instant Games On Messenger, Here Are The Details

Facebook is undoubtedly trying to remove the need for anyone to need to use an app or website that isn’t in the Facebook stable, so it should come as no surprise to anyone that the company has today announced that users can now play games with their friends without ever leaving the Messenger app.

Games ranging from the classic Pac-Man to the highly addictive Words with Friends: Frenzy can all be played from the iOS and Android Messenger apps, with the only limitation being that both users must be running “newer” builds of their smartphone operating system. 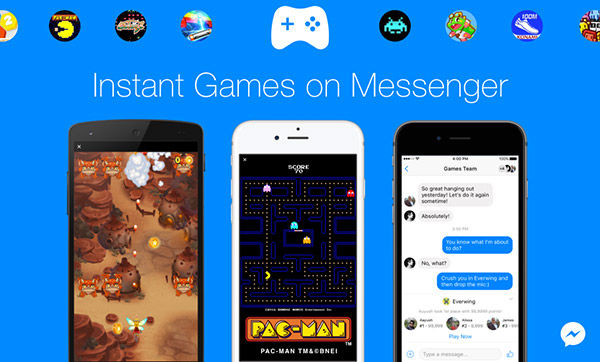 Facebook Messenger games are rolling out now to users of the platform across 30 different countries.

With Facebook Messenger, gamers will be able to play both on their own and with friends, with games initiated right from within a chat conversation by tapping the game controller icon. If you’re not seeing it yet, then don’t worry – Facebook says everything is still rolling out. Patience, we’re told, is a virtue.

For some time now, Facebook seemed to have been intent to add a gaming element to its instant messaging solution. The social media giant claims that one billion users take to Messenger every month, which makes for quite the potential user-base for anyone creating games for the platform.

The 1 billion people who use Messenger every month connect, banter and share in so many ways. They do this by sending Stickers when words aren’t enough, tapping on Instant Video to share smiles with Mom after an awesome day, or making a quick voice call to let friends know they’re running late. Now they can connect and compete over their favorite games. 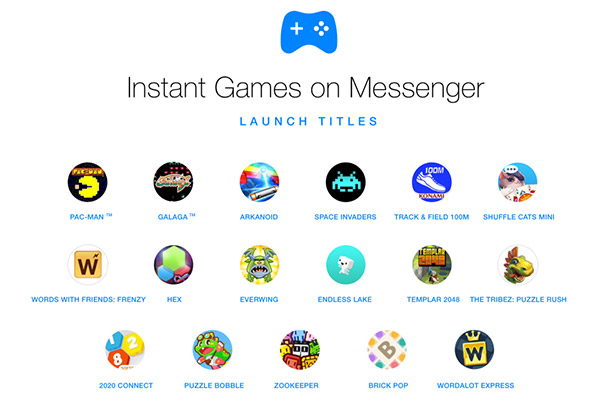 We’re still not quite convinced about the wisdom of everything living within Facebook or its apps, and we don’t really understand what was wrong with the old idea of playing games inside, well, games instead of our conversations, but with Apple making similar strides with its iOS 10 Messages app recently, which allows apps to tie into it, it does make plenty of sense for Facebook to up its game now rather than later.