Developed by Facebook but with the assistance of Unity, Gameroom games can be created against the Unity 5.0 SDK or newer, as well as the Facebook Unity SDK and can then be uploaded for Facebook to allow others to play. Facebook does implement a limit on file sizes, however, with games permitted to be no larger than 500MB in size. 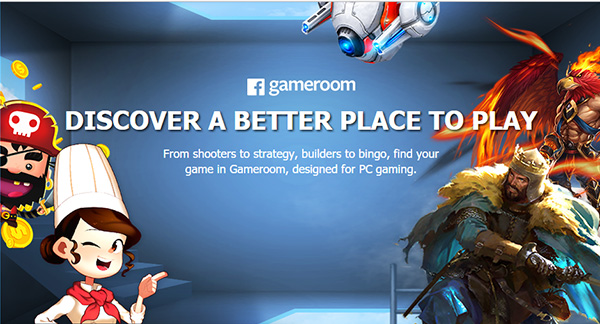 Full Gameroom games are Windows-only and carry the familiar .exe filetype, which has been the mainstay of Windows-based applications for a long, long time.

These games can be run independently of Gameroom, making Facebook’s offering very similar to game distribution platforms such as Steam. While the games can be downloaded via Gameroom, but once that has been done, Gameroom is no longer needed in order for the games to function.  So, similar to, but maybe not exactly like Steam.

Other Gameroom games can run as Flash and HTML5 clients for games hosted on Facebook or independent servers, which is much more akin to the standard web-app kinds of games Facebook fans will be most familiar with. 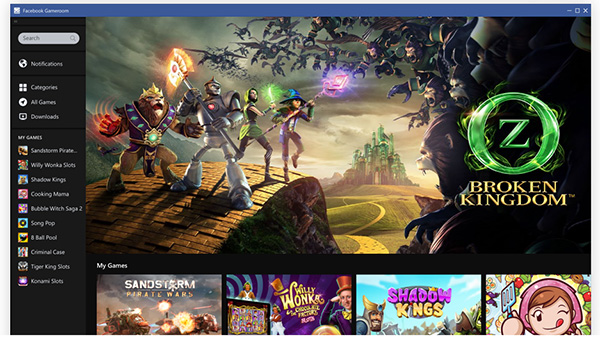 Whilst still in its infancy, there is said to be no technical reason why Gameroom could not be used to distribute full-blown PC games in competition with the aforementioned Steam, but with these being very early days for Gameroom, we think that may be some way off yet. For now, we expect to see titles more suited for the casual gamer than those who enjoy complex challenges and feature-rich competitive gameplay. It’s also worth bearing in mind that the 500MB file size limit would also cause potential issues here.