Mark Zuckerberg’s Facebook has finally removed the covers from its work-based social networking experience that the company has been working on for a number of years.

Called Workplace, and previously dubbed as Facebook at Work, the professional connection and communication tool is largely very similar to the proposition that Facebook currently offers to more than one billion users globally, except this solution focuses on connecting users together in a work-based environment, and actually introduces an instant monetization strategy by charging a small fee on a per user basis. 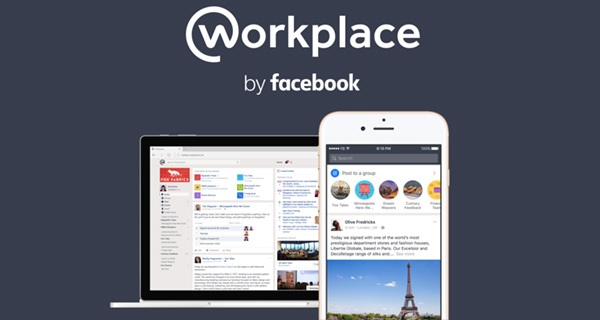 Facebook appears to be targeting the product and service at companies who “like to get things done”, and cites well known firms like Booking.com, The Royal Bank of Scotland, Oxfam, Danone and GovTech of Singapore as those corporations who utilize the service to make communications and engagement more effective internally.

What’s particularly interesting is that Facebook’s Workplace will instantly be classified in the same bracket as Slack, given the fact that it’s aimed at professionals in the working environment.

As previously mentioned, the main experience is extremely familiar to anyone who has an active Facebook account and who is used to interacting with Facebook’s platform. Workplace features Groups, Multi-Company Groups, and of course, that all important News Feed which keeps companies abreast of what’s going on in their organization. There’s also built-in chat, which is of course pivotal for a communication tool, as well as the ability to broadcast live video via Facebook Live, search for content and to handle things from an administration standpoint. 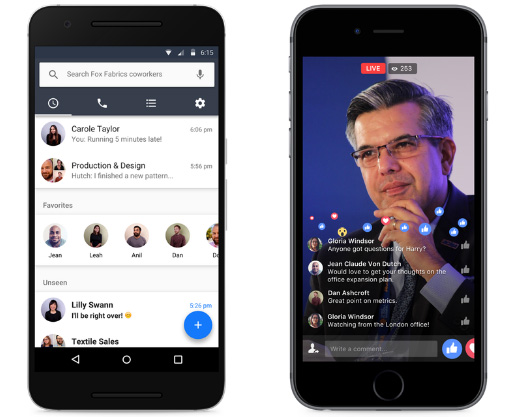 Security is one key area of concern for companies, and of course, Facebook instantly has that covered by basing its Workplace platform on the same powerful infrastructure that manages to keep over a billion users happy and secure. For the time being, the Workplace experience and Facebook’s standard experience will be kept separated with different logins.

Early reports suggest that Facebook already has over 1000 companies using Workplace as part of early beta tests, but it remains to be seen how many of those will stump up a per-user fee now that it’s chargeable. For now, Facebook is offering a free 3-months trial following which users will be able to choose from any one of the three different plans available, as can be seen below.

To get started, Mac or PC users can head over to workplace.fb.com using any web browser. Android and iPhone users can also download the Workplace app from Play Store and App Store.