Facebook Messenger got its own dark mode recently and now it appears that the Facebook app proper is going to follow suit. That’s because WABetaInfo has been able to activate it, although you’re not going to be able to do the same just yet.

According to WaBetaInfo and 9to5Mac – who were also able to access the dark mode – this isn’t quite the same as what we saw in the Facebook Messenger app.

Instead, it’s a grayscale look rather than the all-out black that the messaging app has. There’s no indication why that might be, but it’s possible that Facebook could change this before the feature goes live.

According to the reports it looks like there will be support for having the app change its appearance based on what Dark Mode setting is enabled in the iPhone’s Settings app.

But if you’re someone who likes to switch things up yourself, an extra option to enable it manually will also be available. 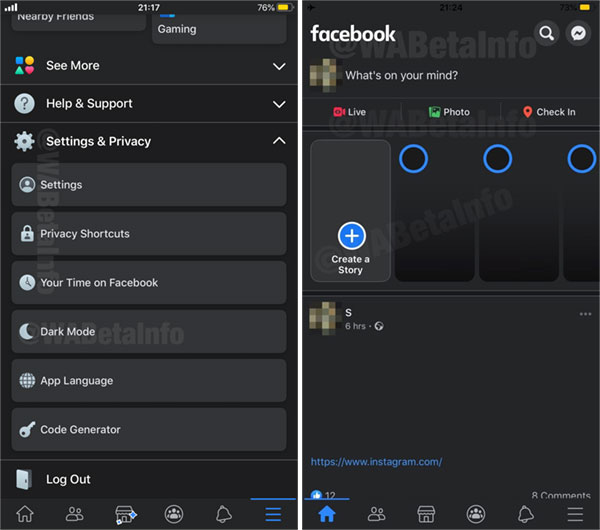 We’ve no idea when we can expect this feature to be made available to everyone. Hopefully it won’t be too long, but we’d expect Facebook to announce the change when it’s available anyway – it’s not going to sneak it out without anyone noticing! 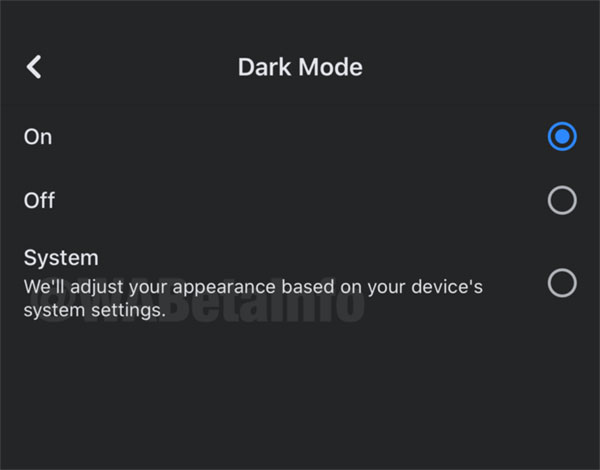