If there is one thing that is true about the iOS jailbreak community, it is that the people behind the tweaks are not afraid to borrow some great ideas from other operating systems or other smartphones. Some of the best jailbreak tweaks are actually borrowed features from elsewhere, and some of those have eventually become part of iOS proper, too.

One new jailbreak tweak that has clearly borrowed heavily from the competition is Edgify, and it’s pretty damned cool. 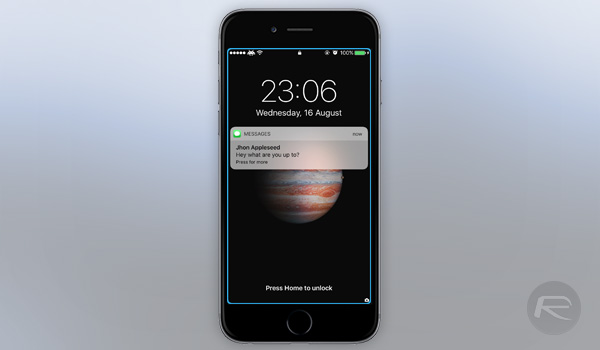 If the tweak’s name doesn’t give the game away, Edgify brings the Samsung Galaxy S8’s Edge Lighting loveliness to iOS, much like EdgeAlert, but with a few additional options. If you have seen a Galaxy S8 in person, you may have witnessed the light show that goes on when a notification is received, with the edge of the curved display lighting up to signify the receipt of a notification. It’s a great-looking effect and one that makes receiving even the most mundane notifications more interesting. Edgify brings all this to iOS.

In fact, Edgify actually brings two versions of the edge lighting to iPhones, and both are configurable. The first, Rotation, causes a colored light to chase around the edge of the display in an effect that is simply stunning to see. 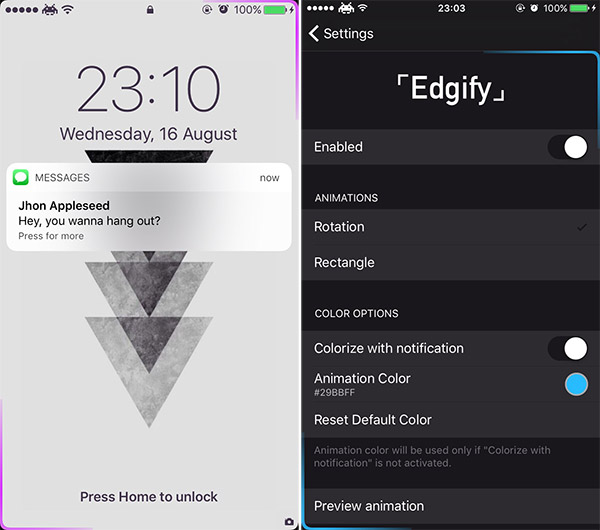 The second, Rectangle, simply causes the edges on all four sides of the display to light up. It’s less visually stimulating, but perhaps also less distracting when on a desk or car holder, too. Everything is configurable, including the color of the lighting. In fact, if you want the color to change depending on the app that is generating the notification, then you can do that, too!

I love tweaks like this and I think you will too. If you want to try Edgify out for yourself, then you can download it from the BigBoss repository right now and it will cost just $0.99 for the privilege. The tweak is compatible with iOS 10.1 onwards.