We may now know exactly when Apple will announce its new iPhone 8, iPhone 7s and iPhone 7s Plus handsets if a new report doing rounds on the Internet is accurate.

The report claims that Apple’s latest flagship smartphones will be announced during an event taking place on September 12th, with carriers already aware of the date in order to get inventory and marketing materials in place ahead of time. Once Apple announces the three new phones, it is fair to say carriers will begin facing potential buyers asking when they can get their hands on one, and for how much. 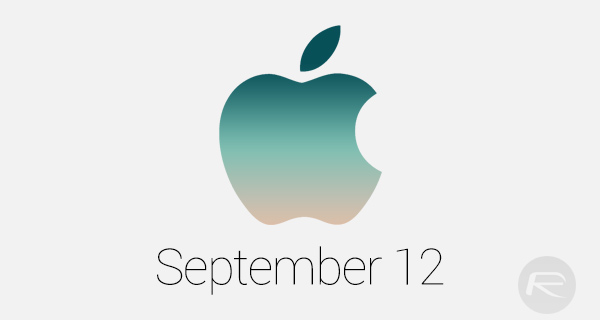 Apple itself has not said a word about when the announcement will take place. However, if past trends are anything to go by then September 12th would make plenty of sense, with iPhones going on sale the following Friday, September 22.

Apple, while a creature of habit, is not beyond springing surprises however, so we will not know for sure until media invitations begin to arrive in the inboxes of those lucky enough to have a seat at the event.

Apple is strongly expected to announce the new high-end iPhone 8, complete with redesigned form factor alongside more traditional iPhone 7s and iPhone 7s Plus handsets. This will be the first time a three pronged approach has been taken by Apple, and while all three phones are sure to be top notch offerings, it is that iPhone 8 that has captured imaginations so far. With a new bezel-less OLED display and so many questions over how it will handle iOS with its presumed camera notch and lack of Touch ID, all eyes are on Apple.

We will obviously be keeping our ears to the ground for confirmation of when that media event will be taking place, but right now September 12th sounds like a good bet to us. When we know, so will you!