Apple’s iPhone 8 announcement and subsequent release continues to edge closer, with September expected to be when the big unveiling takes place.

With the leaks showing no sign of letting up, it is a wonder as to whether there will be any surprises left when the device is finally announced, and the latest of those potential leaks comes courtesy of Bloomberg, which reports that Apple’s iPhone 8 will feature new facial recognition technology.

Rumors of such technology have circulated on and off for some time, with analyst Ming-Chi Kuo also suggesting that Apple will ditch its Touch ID fingerprint technology in favor of facial recognition. Now, Bloomberg claims that this will be made possible thanks to new advanced 3D face mapping technology that will not only work quickly, but also has the potential to be more secure than Touch ID’s fingerprint scanning.

The sensor’s speed and accuracy are focal points of the feature. It can scan a user’s face and unlock the iPhone within a few hundred milliseconds, the person said. It is designed to work even if the device is laying flat on a table, rather than just close up to the face. The feature is still being tested and may not appear with the new device. However, the intent is for it to replace the Touch ID fingerprint scanner, according to the person. An Apple spokesman declined to comment. 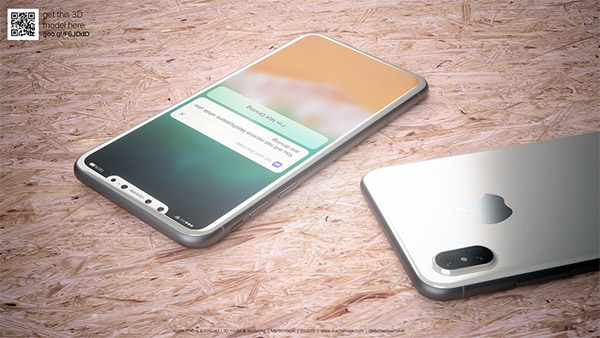 Samsung’s Galaxy S8 already includes a similar feature in which a face can be recognized in order to unlock a device. Iris recognition technology is also included, which is good news, considering researches proved pretty quickly that facial recognition in that particular phone can be fooled by something as simple as a photograph.

Apple’s tech is expected to be more secure thanks to its use of 3D mapping, although the proof of that particular pudding will most certainly be in the eating.