The EasyAcc USB-C Portable Power Bank complete with 20,000mAh of internal capacity is available to purchase right now from Amazon for just $20. This hardware is generally extremely sought after and usually sells for around the $43 mark, which makes this quite a steal.

Recent studies in the United Kingdom have suggested that teenagers spend an average of 4.5-hours on their smartphones on a daily basis. I think we can all agree that some people need to put that device down, go out into the real world, and interact with people a bit more rather than looking at a display. But, conversely, we also need to recognize and understand that we live in an increasingly digital world and that our device usage is going to continue to spike.

And, with that spike in usage comes the inevitable battery drain and the disappointment of having to live without a functional device until we can get to a power source. That’s where devices like this portable power bank come in. 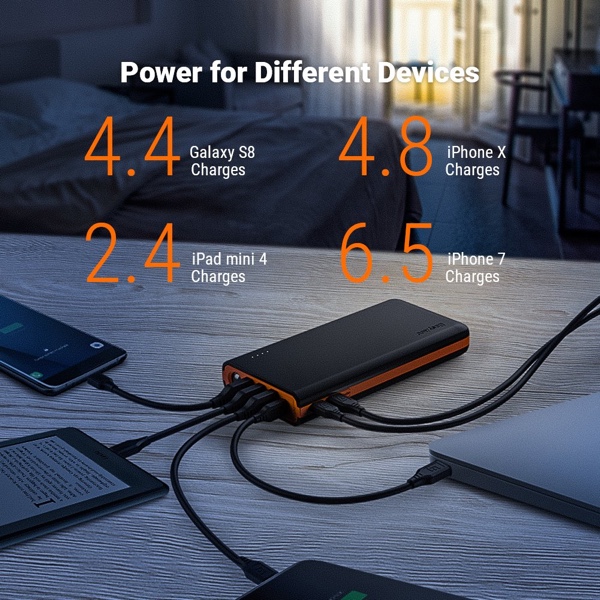 Granted, this is another device to carry around but it’s a vital one. When your smartphone, tablet, or other portable device is about to die and leave you without access to the internet, or your bank, or social media, then this is the device that is going to step in and save the day. So, grab it right now from the direct link below in order to ensure that you save while you can.