Long gone are the days when portable gaming was a matter of only Game Boy and PlayStation Portable, owing to the power houses that smartphones have become. Be it iOS and Android, both platforms and the devices running them back with solid enough hardware to give a satisfactory, serious gaming experience no matter where you are. That being said, certain gaming titles on both platforms are more coveted than others, and Plants vs. Zombies 2 is one of them. Plants vs. Zombies 2 for iOS was released to the joy of users worldwide, but Android users were left waiting. Then, last week, we brought you news that Plant vs. Zombies 2 was available finally on Android only for users based in China. Now, it seems, EA has finally brought it for everyone out there sporting an Android device.

Unless you’ve been living under a rock throughout the last year (metaphorically, of course), Plants vs. Zombies 2 needs to introduction. The game serves the sequel to PopCap’s notoriously demanded Plants vs. Zombies, a game that puts you in control of a variety of plants with unique firepower and abilities, with the sole aim of protecting your brain from being eaten by hordes of hungry zombies, each, in turn, with its own unique attacking power. The game basically spells hours and hours of fun, with a satisfactory mix of actually using the brain that you’re trying to protect from them marching zombies. 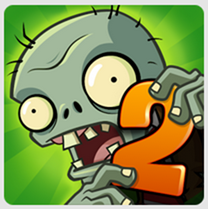 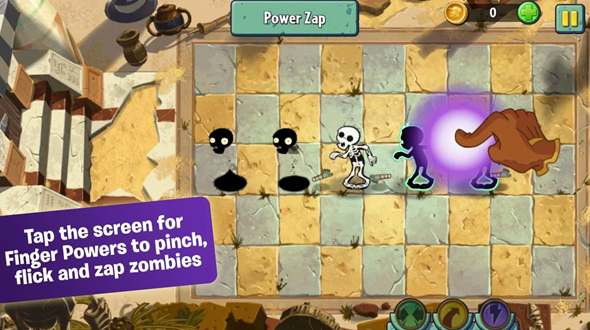 The partial (available in Australia and New Zealand at the time of writing) worldwide release doesn’t really come as a surprise, since sources close to EA had hinted that the title would become available to users sometime in October, albeit with support for only a few high-end devices. As of now, I have tested the game on an HTC One X, a Samsung Galaxy Note 2, Sony Xperia S and something as old as Samsung Galaxy S GT-I9000, all of which were able to run PvZ 2 just fine. Looks like device compatibility isn’t really an issue after all. 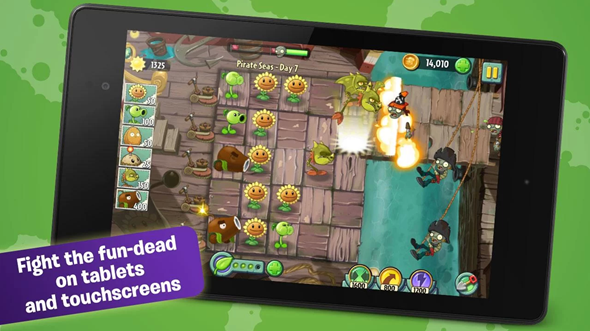 Akin to the iOS version of the game, Plants vs. Zombies 2 on Android is also a free-to-play title, with in-app purchases available to enhance your zombie blasting experience. Itching to get your hands on the game right now? Head over to the source link below and all you’ll find is fun waiting inside. 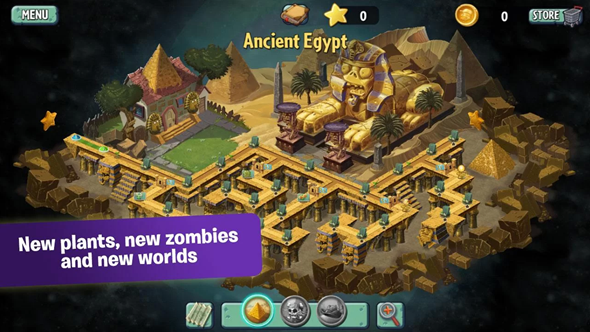 (Download: Plants vs. Zombies 2 for Android on the Play Store)