iPhone and iPads aren’t the only products getting treats from Apple. With immediate effect, compatible Mac owners can get their hands on the final release of macOS 10.15.1, an update which has been in internal and external testing for a while now. As always, here are all of the details.

Like iOS and iPadOS, the release schedule for macOS Catalina has been somewhat of a whirlwind. Mac owners got the first public release of macOS 10.15 Catalina in their hands and then Apple quickly started pushing out pre-release seeds of macOS 10.15.1. 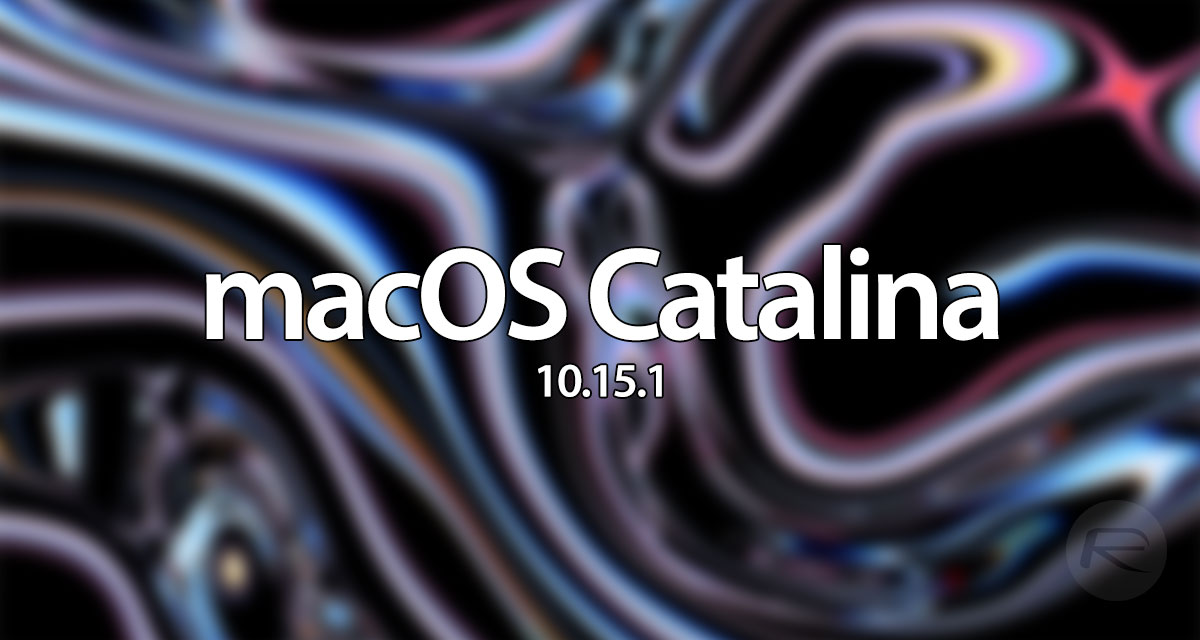 Now, after being tested internally and externally for a while, the public production release is here meaning that all compatible Mac owners can get their hands on it right away with immediate effect.

As previously reported when the initial macOS 10.15.1 update was released in a pre-release capacity, this update is what you would classify as relatively minor in scale. Meaning that it doesn’t really make any huge leaps or strides forward in terms of new features or functionality but does bring some important fixes, patches, and compatibility improvements. Namely, for those who are interested in Apple’s brand new AirPods Pro hardware, this update ensures that Macs running macOS 10.15.1 are compatible with that new Apple audio accessory.

As identified by Apple’s initial beta release notes, macOS 10.15.1 also brings support for the AMD Navi RDNA eGPU architecture and makes a number of changes to the native Photos app which ships with macOS. Other than those things, we are looking at a relatively minor point update which simply looks to iron out issues and bugs which have been identified with the initial Catalina update, which, as we know, was a large change for macOS and was always going to have teething issues.

If you haven’t yet downloaded Catalina, then you are likely going to jump straight to macOS 10.15.1, which includes all of Catalina’s major improvements – such as Podcasts app, the removal of iTunes, a new Music app, changes to Photos, a brand new Find My app, and more – as well as the patches and bug fixes which are part of macOS 10.15.1. Grab it right now.

Complete changelog as per Apple, can be seen below:

Home app
– ‌HomeKit‌ Secure Video enables you to privately capture, store, and view encrypted video from your security cameras and features people, animal, and vehicle detection
– ‌HomeKit‌ enabled routers let you control how your ‌HomeKit‌ accessories communicate over the internet or in your home
– Adds support for AirPlay 2-enabled speakers in scenes and automations

This update also includes the following bug fixes and improvements:
– Restores the ability to view file names in the All Photos view in ‌Photos‌
– Restores the ability to filter by favorites, photos, videos, edited, and keywords in Days view in ‌Photos‌
– Fixes an issue where Messages would only send a single notification when the option to repeat alerts was enabled
– Resolves an issue that caused Contacts to launch to the previously opened contact instead of the contact list
– Adds a two-finger swipe gesture for back navigation in Apple News
– Resolves issues that may occur in the Music app when displaying playlists inside folders and newly added songs in the Songs list
– Improves reliability of migrating iTunes library databases into the Music, Podcasts, and TV apps
– Fixes an issue where downloaded titles were not visible in the Downloads folder in the TV app