Apple’s mammoth launch today of the iPhone 6, iPhone 6 Plus and Apple Watch may be done with, but with so much having been announced in a short space of time, only now do we get the chance to take a step back and digest the new features. Amid the fallout from today’s proceedings at the Flint Center, Apple has rolled out iTunes 11.4 for those on OS X Mavericks, which, as you might imagine, includes support for the all-new iOS 8.

The GM for iOS 8 is already out, meaning that the software is complete – unless last minutes bugs are spotted – and will be released imminently to the end user, presumably as iOS 8.0. With pre-orders of the two new handsets beginning this Friday and launching next week on Friday, September 19th, the Cupertino giant is making the necessary provisions for a smooth transition into the next generation of its product line, starting with iTunes 11.4. 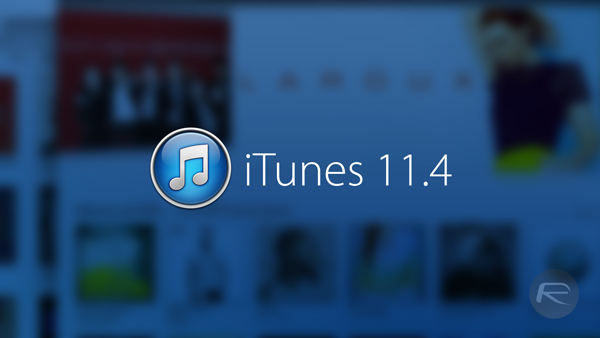 The GM is a dev-only release at this point in time, but the new iTunes 11.4 has been rolled out swiftly after the earlier iOS 8 GM drop permitting developers the ability to sync their iPhones, iPads and iPod touches with the music player / portal.

As many of you have noted to us, installing iOS 8 GM on Yosemite is not proving to be without issue, and in trying to install using the latest version of iTunes 12, some of you have been encountering crashes and other issues. Thus, if you’re on Yosemite, you’ll probably want to hold off the GM completely and wait until a further iTunes update is pushed out, so as to avoid any issues.

OS X Yosemite 10.10 offers a number of enhancements over Mavericks, and having been announced at WWDC, will continue tying in with the wider iOS experience through iOS 8 and beyond. The likes of Handoff, which will allow users to flit between OS X and iOS 8 without interrupting workflow, could prove very significant from a productivity point of view, and although there’ll almost certainly be a few teething issues over the next few weeks and months, it should all function harmoniously once Apple has ironed out the kinks.

You can avail iTunes 11.4 for Mavericks right now by heading over to the Mac App Store and then clicking on the Updates tab on the top.

Do let us know how you get on with the new iTunes for Mavericks by dropping a comment below.