Carrying build number 12H304, details on what has changed with this pre-release iOS version remain unclear at this hour, but given the two weeks which separates iOS 8.4 from iOS 8.4.1 beta 1, a usual dose of bug fixes and performance improvements such as minor tweaks to the operating system, are likely to accompany this release. We’ll update you with the changes and improvements once we have given it a whirl on one of our own devices. 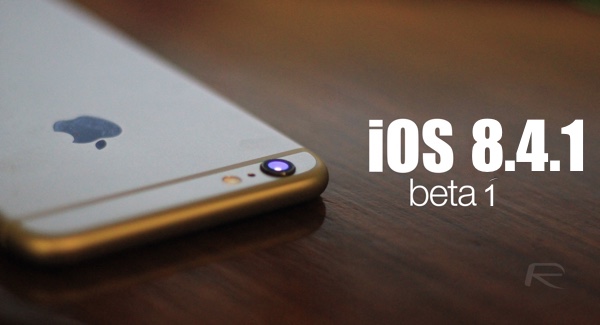 iOS 8.4 included a myriad of bug fixes and performance improvements over the previous versions of iOS, but amongst all of that, Apple Music and the revamped Music app with Beats 1 radio were what had taken the center stage.

Beta releases of iOS – such as the one in question – have been Apple’s way of reaching out to developers, who can not only test their existing or planned apps on the new OS, but provide the Cupertino giant with invaluable feedback as well, making any planned public release of the OS a relatively bug-free experience for the end consumers.

It remains to be seen if Apple patched the TaiG iOS 8.4 jailbreak exploits in this latest iOS 8.4.1 beta 1 seed. TaiG released jailbreak for iOS 8.4 the day Apple released the firmware on June 30th. As of right now, both TaiG on Windows, and PP jailbreak on Mac, can jailbreak all iOS devices on the latest public release, that is iOS 8.4.

Once the beta is installed, any subsequent beta release will be available as an OTA update.