You can now download iOS 13 beta 8 IPSW links and OTA update profile along with iPadOS 13 beta 8 for your iPhone or iPad device. Here are the details.

This latest release comes approximately one week after the release of beta 7 and confirms Apple’s ongoing intentions of releasing a new seed each and every week. 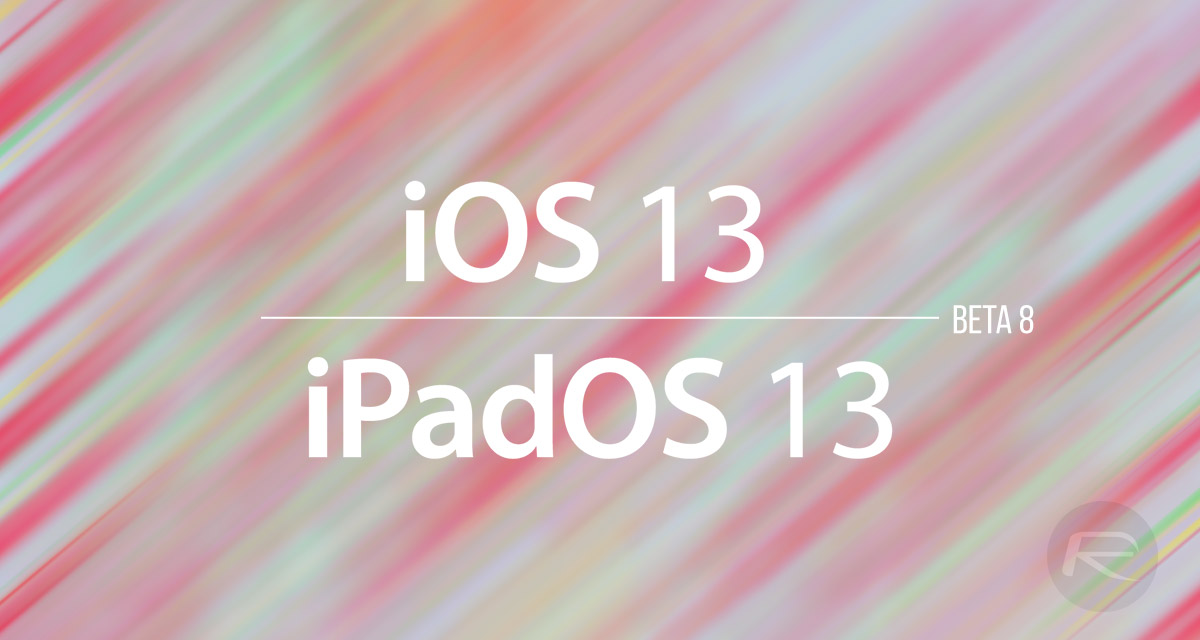 This is an extremely important time for Apple. The company appears to have made peace internally in regards to the fact that its hardware businesses are not going to reap revenues as they previously have. The business is placing more and more importance in services but also understands how vitally important iOS 13 is to the global adoption of the next-generation iPhone. It needs to get this release right!

This latest release is the eighth that Apple has pushed out into the development community since the first pre-release seed of iOS 13 was launched after WWDC in June. That means eight releases, with eight sets of fixes, and eight sets of release notes which gives a decent indication of just how things are going. With that said, it’s ultimately going to be the public who decide whether or not iOS 13 and iPadOS 13 work for them in a production context.

From features and functionality perspective, iPhone and iPad owners have a lot to look forward to with the release of iOS 13 and iPadOS 13. The system-wide Dark Mode is one such feature which will appeal to the masses, as is the overall of the Photos and Maps experience within the platform. Apple has also used iOS 13 and iPadOS 13 to introduce a brand new swiping experience on the native keyboard and made wholesale performance improvements which should make iOS 13 feel like an entirely new offering. Sometimes, there is a lot to be said for simply making things faster and more efficient.

This release will also reveal the Sign-in with Apple functionality which is exposed to third-party developers, as well as Siri, CarPlay, and AirPods improvements.

As always, Apple will take the next step from a public beta perspective within the next 24-48-hours. This means that individuals who are registered to receive publicly facing pre-release seeds will be able to grab public beta 7 within the next few days. Stay on the lookout for that release, folks, and remember to test it thoroughly as we edge ever-closer to an official iOS 13 release.

iOS 13 beta 8 and iPadOS 13 beta 8 can be downloaded as an OTA update from Settings > General > Software Update section or as an IPSW file from developer.apple.com.