G0blin, the jailbreak by Sticktron which has officially been dubbed as a “Yalu103 jailbreak,” has now been officially released for those who want to apply minimal effort to its usage.

This means that rather than having to download the code from its repository, compile it to IPA, and then go from there, 64-bit iOS 10.3.x device owners now simply download a pre-compiled official IPA version and get up and running instantly using Cydia Impactor. 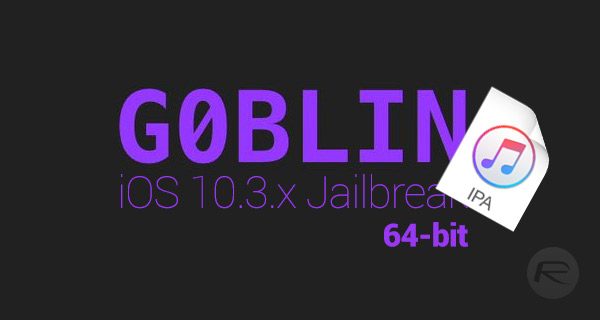 The existence of G0blin may have actually passed you by due to the fact that the jailbreak community is positively alive with multiple announcements and releases recently. Jailbreaks like Meridian, LiberiOS, and even the recently announced Electra by CoolStar, have gobbled up a lot of the headlines of late, which has likely meant that G0blin has fallen by the wayside. However, if you happen to own a 64-bit device running iOS 10.3.x, which has an internal Apple A7-A9 processor, then G0blin is now being offered as an RC0 version for immediate download and usage.

It was only a week or so ago that we initially told you about the existence of G0blin when Sticktron confirmed that his creation was basically a ‘Yalu103 jailbreak” offering liberation on the exact same devices as Luca Todesco’s jailbreak but running iOS 10.3.x rather than iOS 10.2. At that time, the developer had hit a brick wall in the form of missing entitlements which was preventing the tool from actually being released into the community. Now, it would seem that those issues have been resolved as the official G0blin website has been updated to include a direct download link for the RC0 release.

The release doesn’t bring any additional functionality or support beyond what was initially announced earlier in January. The jailbreak is still offered for Apple’s 64-bit devices running iOS 10.3.x, and it still won’t support iPhone 7 or iPhone 7 Plus as it still makes use of the KPP bypass technique put in place by Todesco, which, unfortunately, didn’t offer compatibility with those devices. 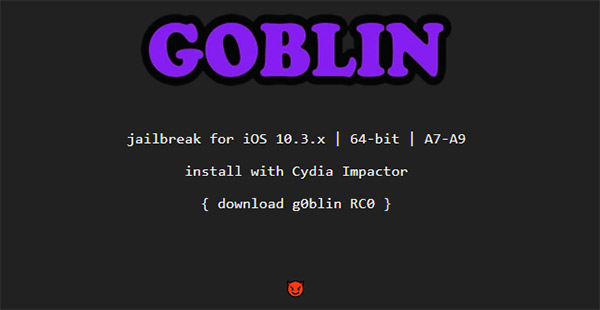 However, what it does mean is that those interested in the jailbreak don’t actually have to start worrying about compiling code with Xcode to get an IPA and then sideload it onto the device to get liberation. It can simply be downloaded in IPA form and used from there, right now and loaded onto the iOS device using Cydia Impactor. You can grab the IPA file by heading over to the following web address: g0blin.sticktron.net

For instructions on sideloading apps via Cydia Impactor, check out our guide here: Sideload iOS Apps On Windows, Mac With Cydia Impactor Without Jailbreak, Here’s How.