Apple’s surprise release of iOS 11.2.2 – which exists to fix Spectre flaw means that iPhones and iPads across the globe are immediately eligible for an update to the latest, and most secure, firmware. But where do those users stand if they want to then roll back that firmware to iOS 11.2, iOS 11.2.1, or iOS 11.1.2?

Well, the long and short of the situation is that Apple is still currently signing iOS 11.2 and iOS 11.2.1. 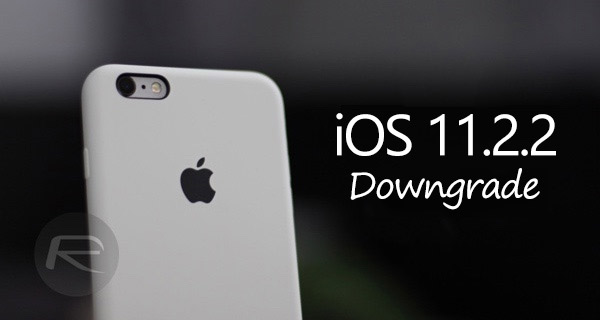 That means that those compatible device owners who have chosen to upgrade to the latest version of iOS, but who have then decided that they can’t deal with iOS 11.2.2 for one reason or another, are still able to perform the necessary changes to go back to either iOS 11.2.1 or iOS 11.2. However, that’s as far as the current rollback situation allows due to Apple no longer signing any other version of its firmware.

Those limitations mean that there doesn’t really seem to be any real reason to start rolling back from iOS 11.2.2 considering a device owner can legitimately only go as far back as iOS 11.2.1 or iOS 11.2. Those versions of iOS are stable but don’t really offer any additional benefit to users in terms of a jailbreak or any other privilege that isn’t afforded by the latest iOS 11.2.2 release. In fact, iOS 11.2.1 and iOS 11.2 are actually less secure than the latest version so it’s likely that you would be putting yourself in harm’s way if that rollback was to take place.

Given the current activity in the jailbreak community, and the fact that the release async_wake exploit does work up to iOS 11.1.2, there would be a real advantage in rolling back that far if possible. However, Apple is no longer signing that firmware, which makes it impossible to actually get back from iOS 11.2.2 to iOS 11.1.2 in order to be in a jailbreakable position down the line.

With that in mind, it’s probably best to sit tight on iOS 11.2.2 and enjoy the advanced security that Apple has recently introduced. That is unless iOS 11.2.2 has made your device unusable for one reason or another then it is entirely possible to get back to iOS 11.2.1 whilst Apple is still signing that particular firmware.