Here is a growing list of iOS 10.3.3 jailbreak tweaks compatibility for 64-bit devices on Cydia for devices jailbroken using the recently released G0blin and Meridian jailbreaks.

You only need to take a close look at the jailbreak community to see how much it has changed from what is affectionately described as the “good old days” of jailbreaking. 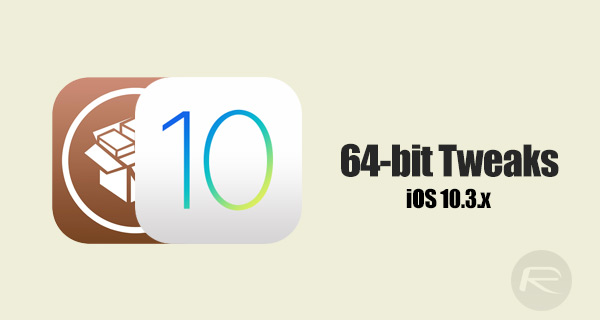 Once upon a time, the community was packed with individuals containing the necessary skills to discover and exploit vulnerabilities in the iOS platform and then piece together a jailbreak around those discoveries. Sadly, it seems that the majority of those individuals have moved onto pastures new for one reason or another, leaving us with tools that are pieced together by relatively inexperienced developers using multiple open-source projects to create a jailbreak. Better than nothing? Definitely. An ideal solution? Definitely not.

However, we accept what we have to accept and remain grateful for it as a community. The latest iOS 10 jailbreaks – G0blin and Meridian – offer device liberation for Apple’s 64-bit devices running iOS 10.3.3, which sits nicely alongside previous jailbreaks like h3lix which offered support for the same firmware but running on Apple’s 32-bit devices. Of course, once you get that device jailbroken, the next stage is getting a set of tweaks and experiences installed on the device that wouldn’t otherwise be offered through Apple’s official App Store. This is when device owners turn to Cydia and the real power of jailbreaking.

With that said, the real question has to be “what packages are actually available and compatible with iOS 10.3.3 on Apple’s 64-bit devices?” That’s where the community-driven spreadsheet comes into importance. Those who are already jailbroken on that firmware, with a 64-bit device, are asked to head into the continuously evolving Google Sheet and add individual tweaks that they have installed and tested. This gives them the ability to mark the tweak as working, partially working, or not compatible at all. And, of course, it’s a massive asset to the community which could stop a lot of device owners from trying to install entirely broken packages which could have an adverse effect on their device.

The full continuously updating compatibility list for iOS 10.3.3 jailbreak tweaks at the time of writing can be seen above.

Have a jailbroken iOS 10.3.3 32-bit device? Check out the tweaks compatible with those devices here.