WWDC is regularly used by Apple to give us a first glimpse at the next-generation of iOS and provide us some valuable insights into how the company is performing and what the immediate future might look like. If that’s still not reason enough to sit up and take note, then how about some fantastic free WWDC 2014 themed wallpapers for your iPhone and iPad?

One of the most exciting parts of the WWDC build up is waiting for the official invitation to land in the inboxes of media professionals. Over the last six years, the official invites have progressed from bland, boring invites to colorful masterpieces that at times have been known to contain subtle cryptic clues as to what will be unveiled during the four day long conference. This year’s invites are no different. The year is no different with Apple inviting us to “Write the code. Change the world” written underneath a colorful banner that could be interpreted to be made up of colorful individual pixels carefully placed to form the Apple logo. 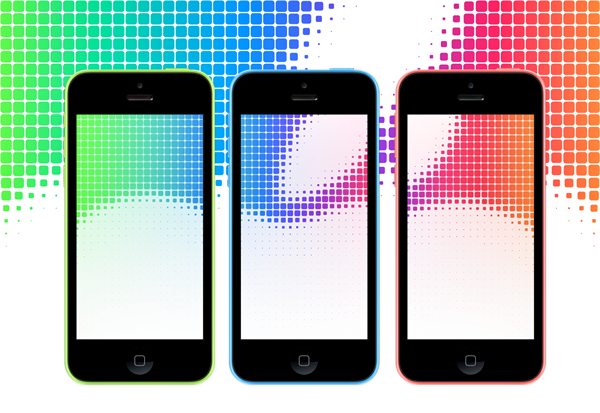 Like last year, and the year before that, we’ll have to wait to see what Apple has in store for us. To make time progress a little quicker, well known iOS graphics designer Thientam Bach (aka Surenix) has taken the opportunity to create a number of wallpaper packs inspired by the visuals of this year’s invite. The wallpapers come in green and blue, blue and red as well as red and orange. Each color combination pack contains carefully crafted image files that have been specifically designed for the 4-inch Retina display of the iPhone 5/5c/5s, the 3.5-inch Retina display of the iPhone 4/4s and the non-Retina iPhone 3Gs. There’s also Retina and non-Retina variations for the iPad. 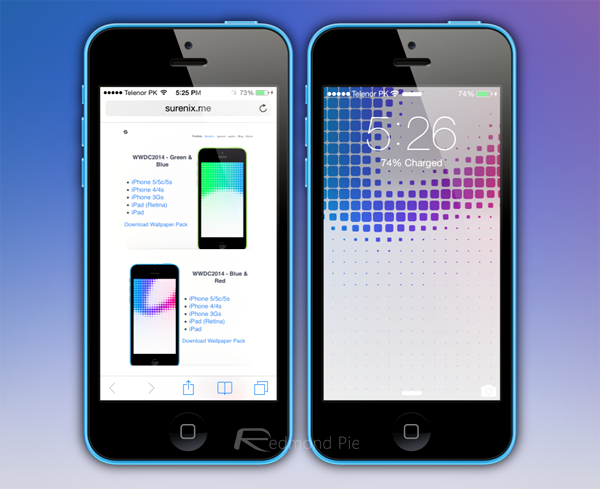 We all love a little something for free, and when it comes to wallpapers and graphic sets, they don’t come any better than those created by Surenix. Head on over to Surenix‘s website by pointing your browser to: surenix.me/goodies to view and download the various WWDC 2014 wallpaper packs for your device of choice.

Also let us know which wallpaper was your favorite by dropping us a comment!