If you’re a jailbroken iPhone user running iOS 7, and not exactly getting along with Apple’s native multitasking system then let us introduce you to Switchr. Sure, plenty of developers who play their trade in the ever-changing jailbreak world have attempted to reinvent the iOS multitasking system. Some have failed miserably whereas some have managed to capture the thoughts and feelings of the end-user and built a tweak that definitely improves the overall experience.

One of the great things about Switchr is that it doesn’t attempt to be overly clever by entirely reinventing the work which Apple has done to make multitasking as powerful and usable as possible; other than reverting to an early method of switching apps. 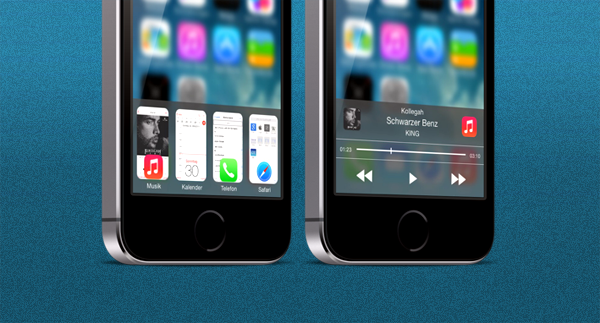 One of the most important parts of user-experience for a lot of smartphone users is undoubtedly consistency. There’s nothing worse than downloading and installing a tweak that brings with it an entirely different way of performing a specific task rather than just simply improving on the current method. Switchr stays true to Apple’s own earlier iOS 6-esque vision for multitasking, but introduces a number of important functional and aesthetic changes. 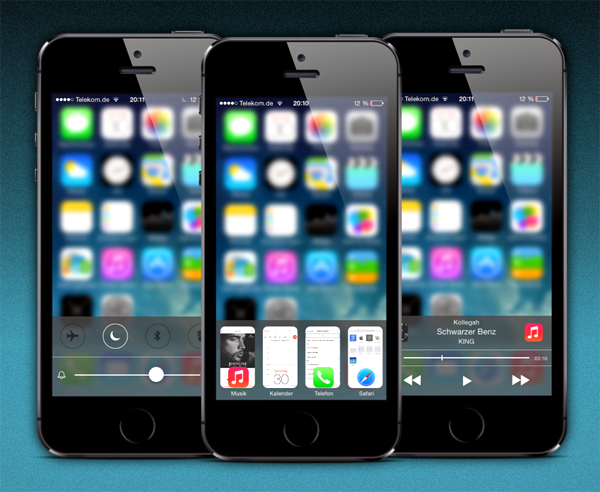 One of the first improvements can be found in the reinvented switcher tray that not only brings a live tiled screenshot of the backgrounded app, but also brings an iOS 7-styled blur to the main view to force focus on what actually matters. The app switcher tray also features a multiple view type implementation that allows the user to cycle through backgrounded apps, music and media controls and common system toggles such as brightness, volume, airplane mode and Bluetooth. Think of it as multitasking, entertainment and a miniature Control Center all in one neatly designed area.

The dedicated settings area for Switchr also introduces some pretty powerful options., for instance, iPhone 5s users can double tap on the Touch ID sensor to access Switchr. The developer of the package has also exposed a number of options that allow the overall look of the tweak to be customized. End-users can choose their own corner radius for backgrounded app tiles as well as setting the color and alpha values of various parts of Switchr. 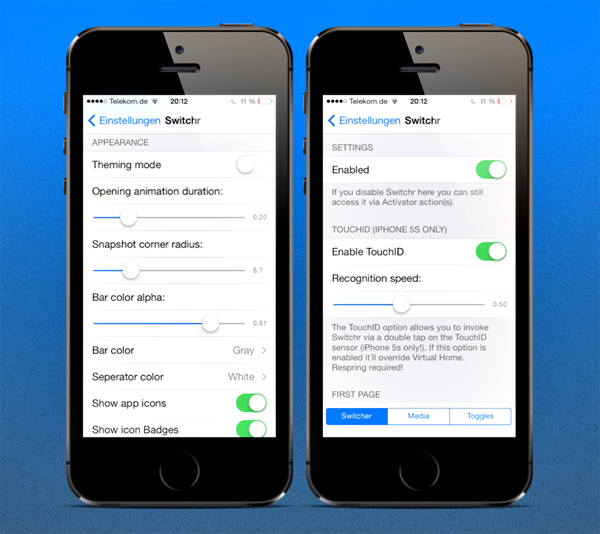 For those who long for a powerful reimagining of Apple’s legacy multitasking system then Switchr is definitely worth exploring. Switchr is available to purchase for $1.99 from the BigBoss repo and requires an iPhone or iPod touch running iOS 7.0 or higher.