You’ll often hear folks wax poetic about the convenience of ‘The Cloud,’ and how easy it is to store files in this mysterious, seemingly invisible location. Of course, us geeks know that The Cloud, such as it is, consists of rooms upon rooms of ultra-fast hardware designed to mass-store and transfer our files, leaving us able to continue about our business without worrying about issues such as hard drive failure. But as rather comically displayed in the latest Cameron Diaz movie, The Cloud throws up its own set of pitfalls, and if you don’t take the time to fully comprehend who can see and access the files you frivolously upload, the consequences can be catastrophic. Very, very catastrophic.

Diaz and Jason Segel play the role of a couple who decide to make, shall we say, a private video. However, having generously given away several iPads as gifts – all presumably synced to the couple’s own iCloud account – the male character’s move to store said videos for “safe-keeping” winds up with everybody – from parents and children to the milkman – able to access the regrettable clip. 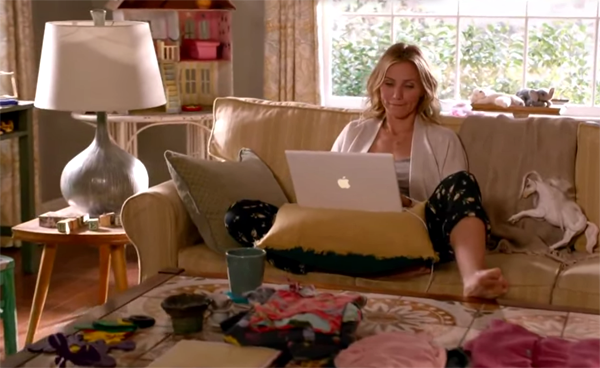 The movie itself follows their quest to source all of the iPads and remove the video, but as is the case with the Internet, once it’s uploaded, it’s essentially there forever.

The flick is called ‘S*x Tape,’ but while the trailer and starring roles makes for, in my humble opinion, a wholly missable experience, it does throw up an interesting take on our ignorance of the cloud. There does seem to be a culture whereby users upload content or unwittingly have Web-based accounts linked to private documents, and while this movie will no doubt entertain the masses this spring, it’s the sort of chain of events that can and does happen to many people.

With many of us willfully shifting our data into the hands of numerous companies, it is of paramount importance that we, as consumers, learn to treat the infrastructure with respect, because if we don’t, then it mightn’t be too long before we’re the unfortunate stars in our own real-life version of this particular film.

Check out the trailer in its entirety below, and be sure to leave your thoughts via the comments section!