How To Share iOS 7 Screenshot To Social Apps Immediately

The best thing about Cydia tweaks is that developers often focus on those areas of your iPhone, iPod touch and/or iPad that you didn’t even think mattered, or never realized that they, too, could use some improvement. This latest tweak that we are showcasing today is one such example, where the target area is screenshots.

The recently released iScreenShot Cydia tweak for jailbroken iPhones, in a nutshell, allows you to easily and instantly share captured screenshots over social networks, popular messaging apps and more. Read on to find out. 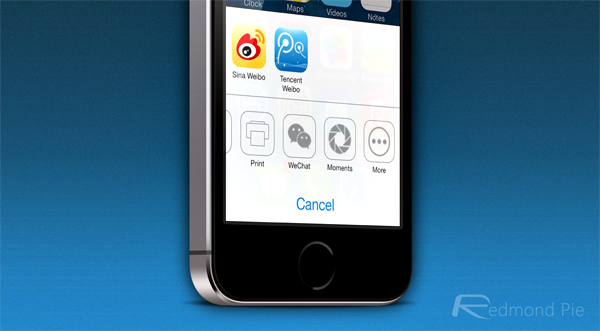 The tweak, which is available through the BigBoss repo for $0.99, enhances the screenshot taking experience by displaying a sharing sheet as soon as you press the power and Home buttons together (the default action for taking a screenshot). From this sheet, you can perform a number of actions, including sharing the captured image over AirDrop (for other compatible devices), iMessage, Twitter, Facebook, Flickr, Dropbox, iFile, Wechat, Sina WeiBo and a number of others. You may also print the screenshot through a connected AirPrint-enabled printer, save it to the Camera Roll, copy to clipboard, or even assign to a saved contact. 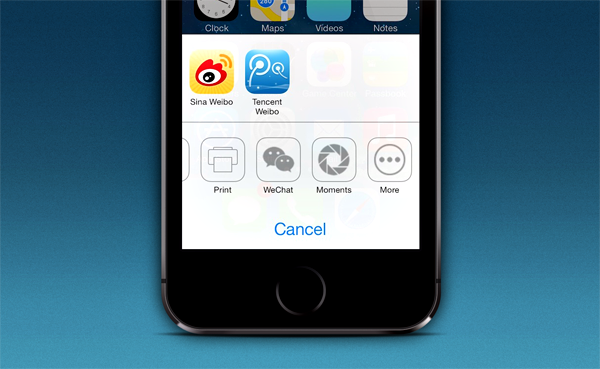 The tweak has a number of configurable options that can be found under the Extensions panel in the native iOS Settings app. iScreenShot is compatible with iOS 6 and 7, although one downside is that it doesn’t work with 64-bit devices, so iPad Air and iPhone 5s users are out of luck (at least for now). 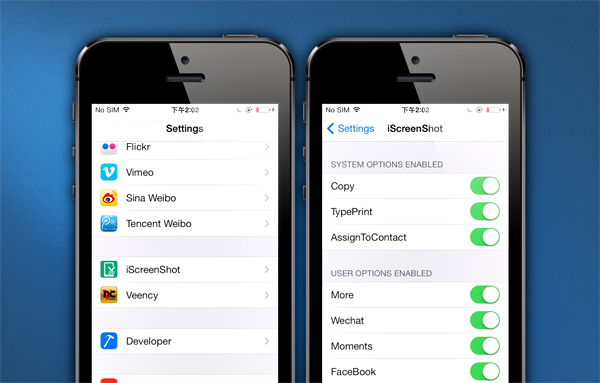 The current version of iScreenShot is an initial release, and although the developer is merely a student working part-time on this tweak, he promises a number of additional features and fixes to emerge in the releases to come.

Personally, I find this tweak highly useful and innovative. Being a blogger, screenshots are something that I have to deal with almost on a daily basis, and while the native screenshot functionality serves my needs just fine, these improvements will definitely help in the process. As I said earlier, there are certain areas of iOS that you don’t even realize that they need some tweaking, so when you actually see something like this emerge, you are thankful for it, and that’s exactly how I feel about this offering. The only thing I’d want fixed on priority is the support for 64-bit processors, but hey, it’s better to have something than not have anything.

If you want simple sharing options after taking a screenshot, like saving to the Camera Roll or just saving it to the device’s clipboard, then give ClipShot a go.