Download: $3 Telepaint Puzzler For iOS Goes Free As Apple’s App Of The Week

It’s that time of the week once again when Apple throws in a paid iOS app for free for iPhone and iPad users to feast on as part of its Free App of the Week promo. Today’s title – a really intriguing puzzle game – usually retails for $2.99 on the App Store, but can be downloaded absolutely free for a limited time.

Telepaint has been around the App Store for some time now, but this would be the first time the game has completely dropped its price tag since its release. Retro graphics and an engaging gameplay, it’s hard to not give this a whirl on your iOS devices, especially when its free. 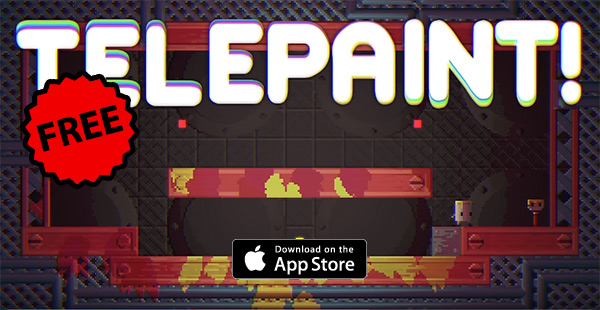 Well, sure that’s good enough but what is the game really about you ask? Telepaint is “a unique touchscreen puzzle game in which the player activates portals in order to carry walking buckets of paint through numerous, increasingly-complex levels.” However, it’s not the simplest of puzzlers you would have come across by now, so don’t let the sweet retro-styles theme fool you.

Simple, accessible gameplay gradually paves the way for mind-bending complexity via a frequent introduction of varied and surprising new mechanics, all accompanied by quirky, fresh music and rhythmic sound effects that sync up to your every action.

There’s also the option to purchase some DLC for $0.99 if you wish to, which would unlock “Two new worlds with unique game mechanics”, “40 new fun levels”, and “Flying bucket robots”. 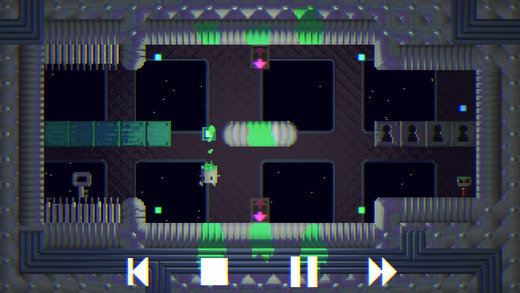 Some of the features of Telepaint are as follows:

– Over 100 unique puzzling levels
– Spread across 6 different game worlds
– All movements and actions in the game are synced with the beat, for fun rhythmic puzzle solving
– Explosive colorful paint covers levels as you progress, have fun making a mess!

Telepaint is available for free right now on the iOS App Store.

(Download: Telepaint for iPhone and iPad from the App Store)