Amazon is offering its brand new Echo Studio with an Amazon Smart Plug thrown in for just $204.98 currently. Normally, they sell for $200 and $25, respectively.

The combined deal means you’re effectively paying just $5 for the Smart Plug which is quite the discount.

The newly announced Echo Studio is Amazon’s competitor to the Apple HomePod and various Sonos units. It’s designed with five speakers that offer more bass than other Echo devices can muster. It also supports Dolby Atmos, and can stream music from Amazon Music, Apple Music, Spotify, Pandora, Tidal, and more

This being an Echo device it obviously also has Alexa built in, too. That gives you all of the services and features that we’ve come to expect including home automation and the ability to control Zigbee-compatible smart home accessories. 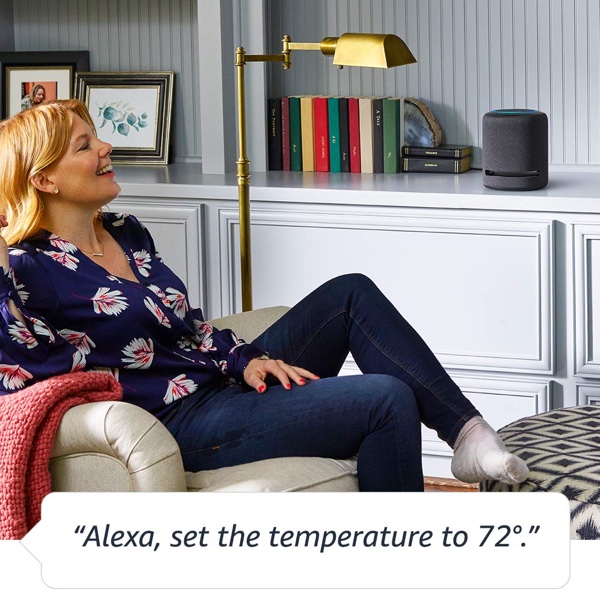 Amazon makes this speaker for those who wanted to be able to use Amazon’s Echo devices but didn’t feel that their sound quality was sufficient. Those people previously bought Sonos devices, but by offering its own product Amazon gets all of the pie instead of just an Alexa-shaped slice.

There’s no saying how long this deal is going to be around for, but you can place a pre-order now to lock your price in. The package will ship for delivery on or around November 7th, so it won’t be with you for a little while yet.