When Apple introduced the App Store way back then, and later the whole notification system that has caused such uproar among iOS users, somewhere along the way ended up with notification badges. 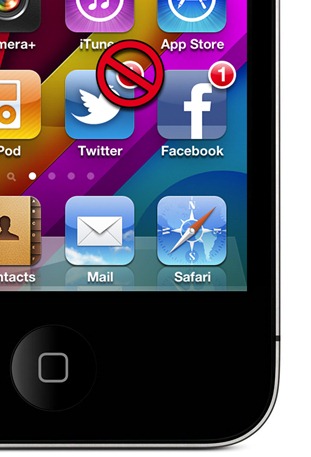 Now granted, they serve a purpose in that they tell us how many ‘things’ have happened. Unread messages, game challenges, ruddy useless Game Center friend requests and more. Problem is, they aren’t always easy to get rid of, and at best, the only way through which you can remove them involves opening the app and marking them as read.

Wouldn’t it be easier if we could just clear out an app’s notification badge? Why yes, yes it would.

If you’ve not figured it out yet after my rather long and winding build up, there’s a jailbreak tweak that does just that, and it’s called, wait for it, BadgeClear! 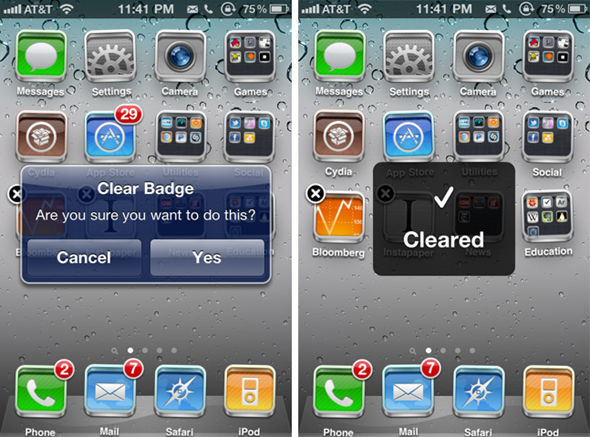 Once installed via the home of all things funky, Cydia, tapping and holding an icon will make it jiggle, just as it does now. Now, tapping offensive badge will clear it. Nice and simple.

After BadgeClear has cleared the notification, a popup appears to confirm that the action was completed successfully, and you’re set to clear the rest of those pesky badges one at a time. Wouldn’t it be awesome if we could simply remove all the badges instantly in one tap?

BadgeClear is available now and costs $0.99 under the BigBoss repo. A small price to pay for something that seems so obvious, and you have to wonder why Apple didn’t include a quick and easy way to get rid of notification bubbles already.