It’s fair to say that changing an iPhone’s carrier logo is one of the more basic things that people jailbreak their iOS devices for. It’s also one of the most named reasons for jailbreaking, with some people seemingly happy to just get rid of some overly long, scrolling carrier names even if it means hacking their device’s software. And who are we to argue?

The de facto jailbreak tweak for changing carrier logos is one called Zeppelin, and it’s been around for a while. Unfortunately, as is the case with so many jailbreak tweaks, it needed altering to work properly with the newly jailbroken iOS 7. The good news is that’s already happened, with a beta version of the tweak now available to download.

Zeppelin, created and now updated by developer Alex Zielenski, comes pre-bundled with all kinds of carrier images, some weird, some wonderful, and some plain old whacky. The newly updated version for iOS 7 is no different, and all your favorites will still be there by default. Superman, Dark Knight, Batman, the Assassin’s Creed logo and even the good ol’ Apple logo are all there, with others thrown in for good measure. If you really want the Autobot logo up there next to your Wi-Fi icon and the clock, then you can do that too. You can access all of these logos by heading over to Settings > Zeppelin > Theme. 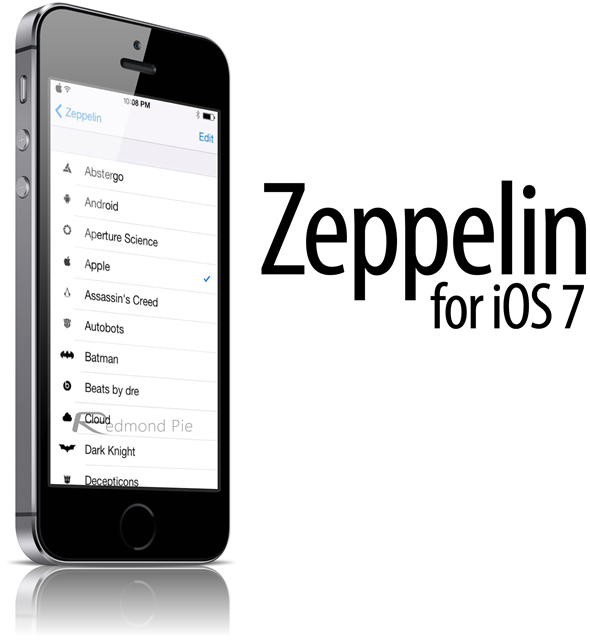 What makes Zeppelin so good though is the fact that you can install extra carrier logos from Cydia or, should you so wish, manually using an app such as iFile and dropping the files into the correct directory. With plenty of people on the Internet churning out some great alternative carrier logos, this might be your best bet too. If you wanted a proper AT&T logo rather than the stock text, Zeppelin has you covered. Be sure to follow our guide on how to create custom carrier logos to use with Zeppelin, if you wish to create your own logos. And if you wish, you can also try out our custom Redmond Pie Zeppelin logo. 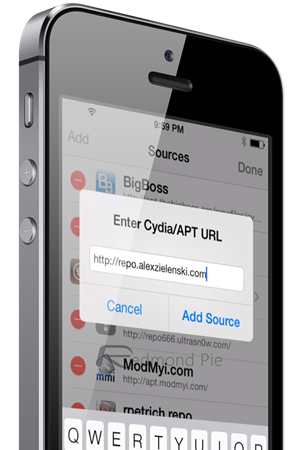 While it’s worth reiterating that this is indeed a beta release, those keen to get Zeppelin onto their iOS devices can do so by installing it for free via the repo.alexzielenski.com repository. Just remember, there’s no saying what kind of bugs or incompatibilities will arise – that’s why they call them betas! 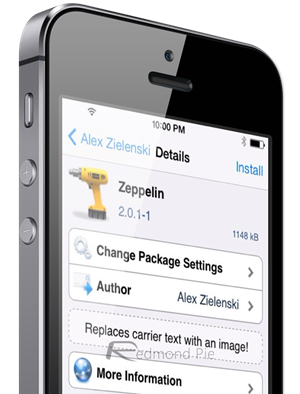 It’s good to see such popular tweaks getting timely updates for the surprise release of an iOS 7 jailbreak, and with Zeppelin out the door at least in beta, we can at least chalk one off our list of must-have tweaks.