How To Record iPhone Screen Video On iOS 7

Now that the iOS 7 jailbreak is publicly available for all devices, we will start to see a much welcomed influx of powerful and innovative tweaks landing on Cydia’s repositories. One of the few to catch our attention is a beta version of CoolStar’s RecordMyScreen tweak that has been updated and made available specifically for iOS 7 devices.

The first thing that you’ll notice is that the RecordMyScreen package relies on a fully functioning version of MobileSubstrate. With the Evasi0n jailbreak in its current form, this could prove quite problematic, considering it doesn’t offer that full level of luxury to users at the moment. However, both Saurik and the Evad3rs team has confirmed that this issue will be rectified sooner rather than later, allowing for those powerful tweaks to start working again. For now, let’s get back to RecordMyScreen and concentrate on what it’s all about. 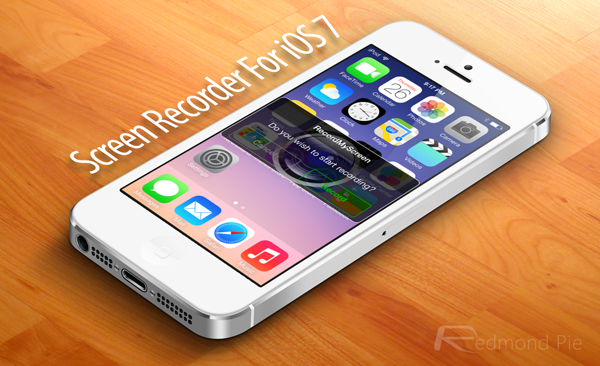 As with a lot of the best tweaks out there, RecordMyScreen is one of those offerings that does exactly as it says on the tin by granting jailbroken users the ability to record what’s on their screen with full OpenGL ES support. 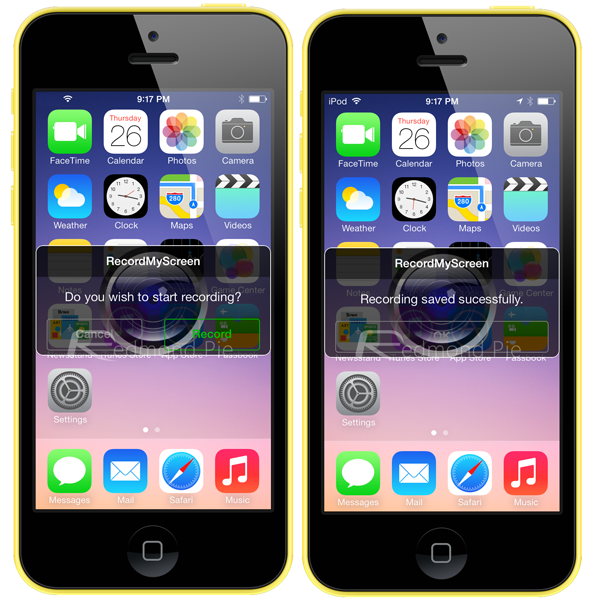 RecordMyScreen actually started out its life as a full-fledged app for the iPhone available to the open-sourced community, and the team of developers behind it saw value in offering the functionality with additional power to the jailbreak world. To get started with this version of RecordMyScreen users will need to add the developer’s private repository to their list of repos in Cydia. It’s also recommended that the latest beta version of Activator (in some cases it will be automatically installed) is installed to invoke the screen capture.

step 3: Allow the packages to refresh before selecting the RecordMyScreen package and installing. 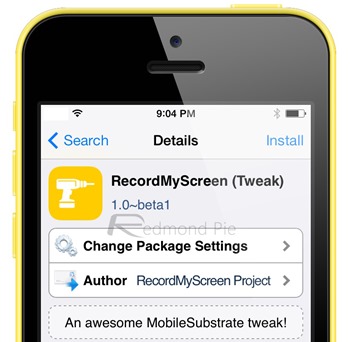 Step 4: In case the Activator package is not automatically installed, repeat step 1 and step 2 to add Ryan Petrich’s repository to get Activator beta for iOS 7. Replace the repository address in step 2 with the following: rpetri.ch/repo/

Step 5: Search for Activator and install.

After both packages have been installed, it will then be possible to assign an Activator action to invoke the RecordMyScreen functionality directly from the Settings app, as shown in the screenshot below. 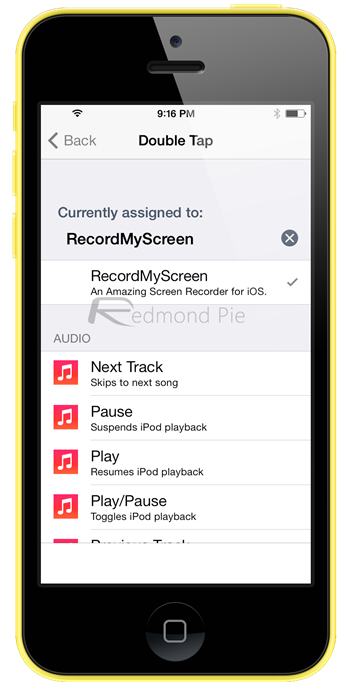 The recorded videos are saved in /var/mobile/Documents and can be accessed using an app like iFile. 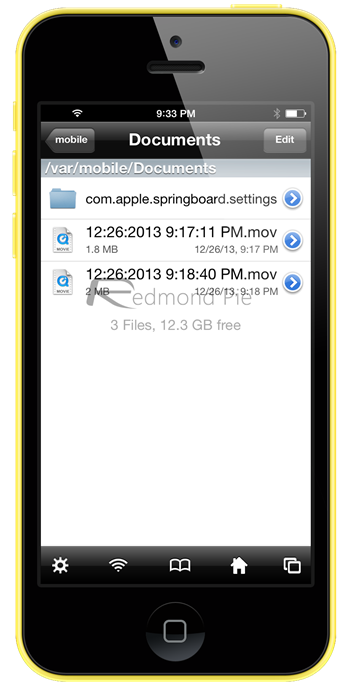 Update x1: RecordMyScreen 3.0 is out. Can be installed right now from the repo mentioned in Step 2 above, or soon from the BigBoss repository. Version 3.0 adds support for iPad, and options in Settings.app –> RecordMyScreen.