While all of the main social networks have a fine selection of third-party apps proclaiming to enhance the user experience, the number of alternative Twitter apps is arguably the most thriving, with a vast collection available for those dissatisfied with the official offering. Carbon for Twitter, originally released for Windows Phone last year, has finally arrived on Android courtesy of dots & lines, and it offers an intuitive, clean interface which tries to keep all the relevant info in one, easy-to-digest window. One issue – if you can label it as such – with the current fleet of Twitter apps, is the fact that segments of Twitter tend to be separated, but with Carbon, all of your Timelines, Lists, Favorites and whatnot are on display from the main window, which is polished with beautiful, dark elements.

Up until very recently, I have always looked for an alternative to the once-lackadaisical official Twitter app, but thanks to updates, it’s actually usable nowadays, meaning any third-party developer must now bring something special to the table in order to forge a decent user base. 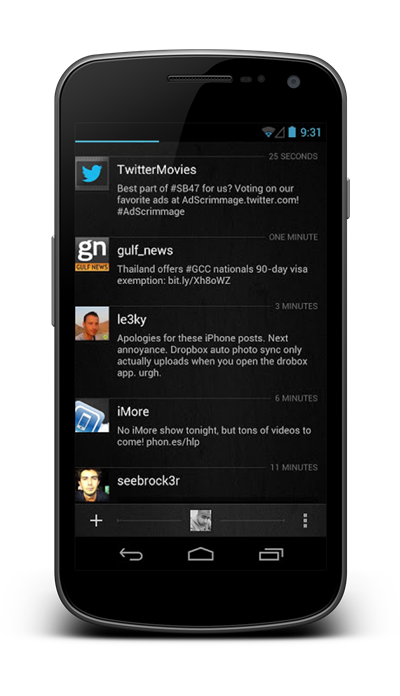 One gripe users tend to have with many Twitter apps, is the incessant scrolling. You leave an app dormant for an hour, come back to a thousand new tweets, and have to spend ten seconds sliding through them to get to the top. App developers have sought to address this issue in a variety of ways, and dots & lines has included a handy feature called Power Scroll, which allows you to slide straight to the top / bottom by using a two finger scrolling gesture. 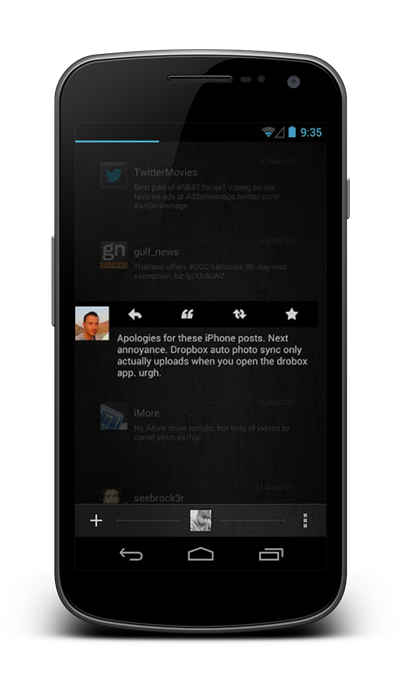 There’s support for Rich Timelines thrown in, meaning images and videos will show as thumbnails / embeds rather than links, and with aesthetically-sound, high-res User Profiles also thrown into the mix, this is certainly a Twitter app you’ll want to be checking out. 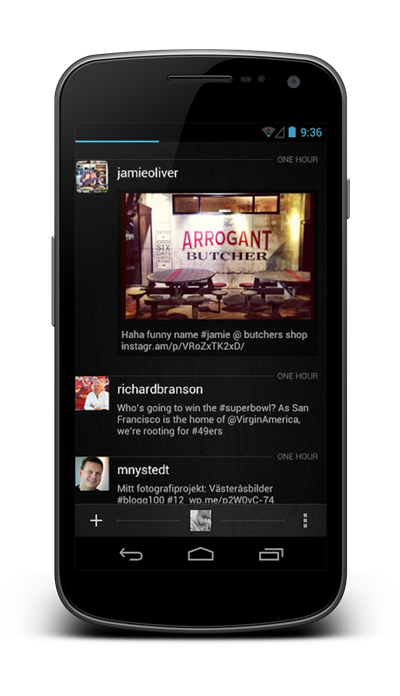 Although I have only used Carbon on Android for a short while, it certainly has potential, and at version 1.1.3, it has already reached an impressive level. It’s absolutely free of charge, so give it a whirl by clicking on the link provided below.

(Source: Carbon For Twitter for Android on Play Store)