As of this writing, the iPad has been, and will probably remain, the undisputed champion of the tablet arena. Initially perceived as and mocked at being a blown up version of the already-successful iPhone, Appe’s tablet introduced the world to a product that existed for quite a while, but was never able to gain popularity with the mainstream user. Of course, the fact that Apple already had a pretty good software ecosystem going on in the form of the iTunes App Store didn’t hurt, but the iPad has a certain degree of comfort that you only wish for with other similar products.

Every year since the launch of the first generation iPad, Apple has followed a pretty regular release cycle for new models of the tablet, deviating only the past year with iPad 4 – the device came a mere 6 months after the iPad 3 (or the new iPad, as it was called then). In between any product releases happens the most wonderful thing that we, as technology enthusiasts, could wish for – speculation! The blogosphere is alive with what the upcoming device in this lineup might look like, and our friends over at MacRumors paired up with CiccareseDesign to conjure some fresh renderings of what the 5th generation iPad might look like. 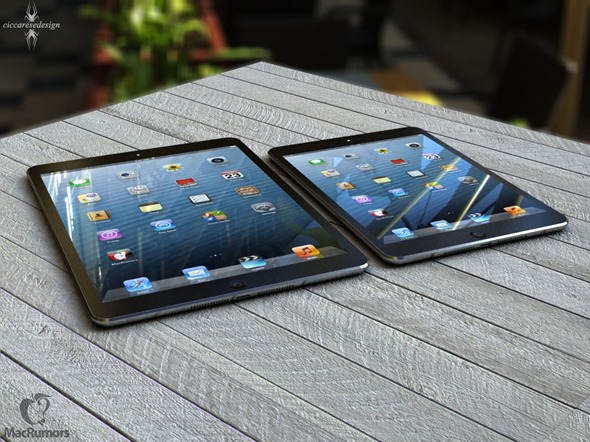 Speculations have already put the 5th iteration of the iPad at a rather smaller dimension in comparison to the current variants, albeit still larger than the iPad mini. Most notably, the renders indicate a much thinner bezel on the iPad 5 on the sides, while a thicker, although reduced, bezel on top and bottom of the device. The resultant is a rather decent sized tablet that is bound to get even more fans fall for it. Apple hasn’t been keen on changing the way its tablets looked until now, but it seems that if this render were to taken seriously, the fruit company has learnt a lesson or two.

This next is a side-by-side comparison of the dimensions for iPad 4, (proposed) iPad 5, and iPad mini. As you can see, the new render blends right in, and should be a good one to make real. 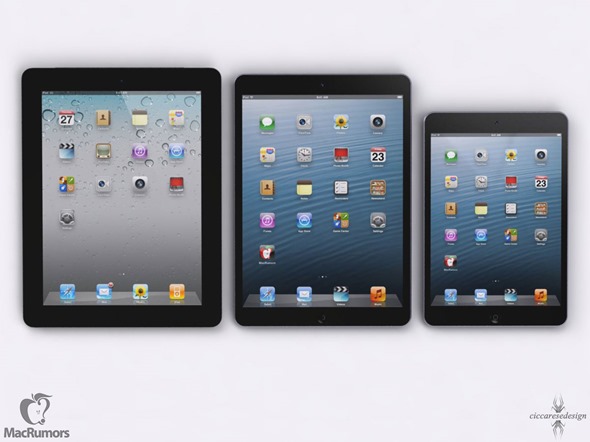 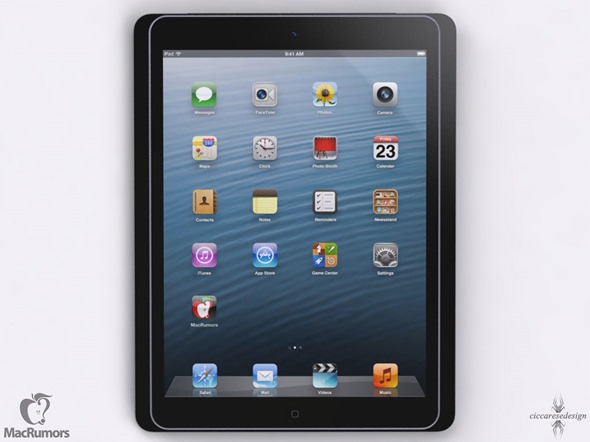 Personally, I think this might be really good idea to play around with the size of the tablet, especially the bezels. iPad rather lacks the classy looks of what you see on some modern day Android tablets, and the fact remains that when you’re not actively using your device, it’s bound to catch others’ attention. What better to have one that’s catchy and would cause people to envy you? 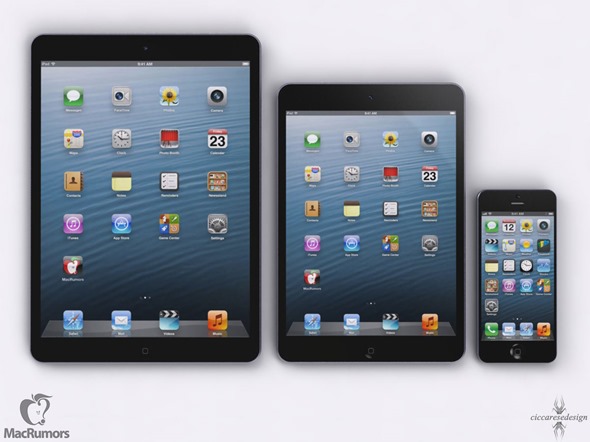 The images above, while indicating mere prototypes, seem to have foundation in reality, as the dimensions match those that have been indicated through leaked images.