The mobile gaming world is certainly not bereft of superhero titles. In fact, they’re incredibly popular, and now, it’s the turn of Captain America to take center stage. The forthcoming title for iOS and Android, which is entitled ‘Captain America: The Winter Soldier,’ is being developed by Gameloft, and will be hitting both the App Store and Google Play Store late next month.

As with any comic book action hero game, the timing of the release means it can serve as a taster for fans looking forward to the motion picture, which will hit the box office in the spring. The movie Captain America: The Winter Soldier, is scheduled for release April 4th, 2014, so this title will certainly whet the appetites of those seeking their next superhero fix. 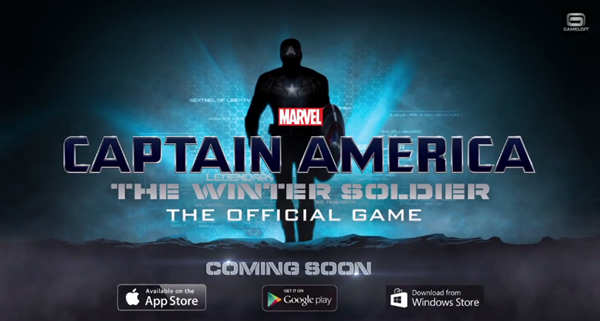 The game itself is very comic strip-like, which, although good for the preservation of the general Marvel experience, might disappoint those hoping for another graphically-intense, Dark Knight Rises-incarnate.

As you would expect, there’s plenty of combat involved in the game, although you will still have to exercise a certain amount of strategy if you wish to be successful. The single player mode follows a story based loosely on the movie, although naturally, some details will have been changed so as not to completely spoil the flick.

For those seeking a bit more of a challenge, there’s also a multiplayer mode that allows you to compete with friends. With leaderboards, leagues, and other such effects, this game is shaping up to be the quintessential Marvel experience we’ve come to expect over the years.

Marvel movies and games have been incredibly successful, particularly over the past few years, and with Captain America: The Winter Soldier tipped by critics to be a smash hit, we’d expect this game to follow suit.

It will be made available to those on Android, iPhone, iPod touch and iPad at some point in late March. We’ll obviously give you guys the heads-up closer to the time, but until it does surface, you can check out the official trailer from Gameloft below. It’s only 22 seconds long, but certainly gives a flavor as to what can be expected in the coming weeks:

What do you think of the trailer? Excited already, or were you expecting a lot more? Share with us!