The Apple Watch has adorned the wrist of many celebrities as we close in on the consumer launch, and a number of high-profile figures have willfully sported variants of the higher-end Apple Watch Edition range. Some, such as Drake, Katy Perry, Pharrell Williams and J.J. Abrams, have had to settle for those currently up for pre-order, while others, such as designer Karl Lagerfeld and former rugby player Will Carling, have been treated to exclusive combinations that are not immediately available to purchase. Now, recording artist Beyoncé Knowles has got in on the act, and she has also been snapped rocking the gold link bracelet variant first demonstrated by Lagerfeld.

Beyoncé, while not at U2 levels of fandom, is certainly admired by those that matter at Apple, and as such, it was reasonably inevitable that she would be spotted wearing an Apple Watch at some point. As per an image posted to her official website, the pop star has been given a yellow gold Apple Watch Edition coupled with the yellow gold link bracelet, meaning that Lagerfeld’s exclusive isn’t so exclusive anymore. 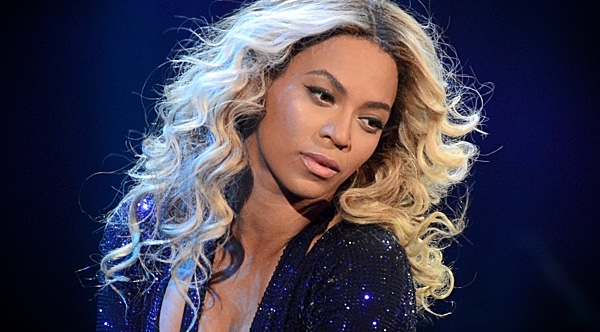 Still, since the gold link bracelet cannot be purchased from Apple (read: it would cost a bomb), Beyoncé can count herself among the lucky few as far as Apple’s latest gadget is concerned, and dependent on the popularity and longevity of the Watch, it’s a variant that could eventually be extended to consumers with deep pockets.

The fact that the Apple Watch Edition lineup ranges from $10,000 right up to $17,000 is eye-watering enough, and while Lagerfeld and Beyoncé’s apparent gifts would doubtlessly cost more, it may be that Apple wants to focus on establishing this new product category before it extends the options and price thresholds. Still, with these teasers, we’d expect a yellow gold link bracelet to make retail at some point, although as aforementioned, you’ll need plenty of disposable cash if you wish to acquire such a fanciful device. 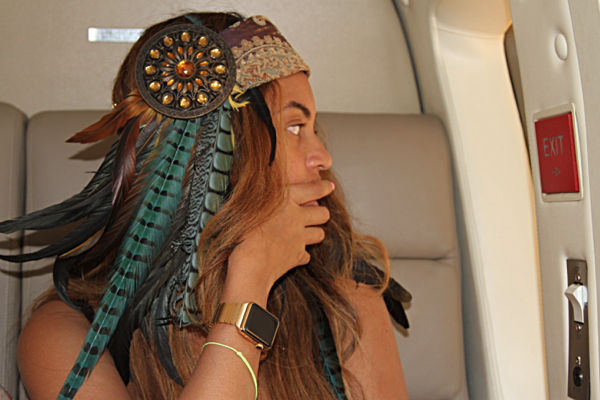 Still, if Apple did happen to roll this and other top-tier configurations, would you go ahead and snap one up? As for us, we’re way too concerned with the actual hardware, and are keen to see what Apple Watch is like to use on a day-to-day basis, but if we did have tens of thousands of bucks to blow, it’d be pretty hard to resist!