A stainless steel Apple Watch has just been spotted paired with a red colored sport band, along with a U.K. region Apple charger with a unique folding plug design. They belong to British cyclist and former professional rugby player, Will Carling.

Carling took to Twitter where he shared photos of his unique Apple Watch and one-of-a-kind charger. According to Carling, this unique foldable charger was given to him by Jony Ive, and there’s a good chance that the Apple Watch chargers in the U.K. could in fact sport this new design. It is worth mentioning here that Carling has been the former captain of England’s national rugby team from 1988 to 1996. As such, Ive is a known rugby fan, and it is likely that the Apple Watch with the custom red sport band was gifted to Carling by Ive too. 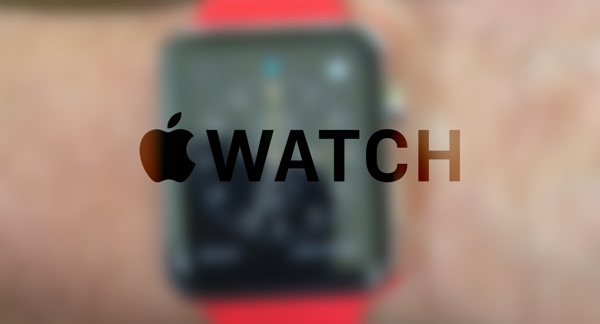 There’s speculation that the band on the watch might be a pink colored one with the lighting in the shot giving it a more red-ish shade. However, on Twitter, Carling confirmed that it is indeed a red band. Earlier, we saw Tim Cook wearing the Apple Watch Edition with a custom red colored crown at the Apple Watch launch at the Palo Alto Apple Store, California. Meanwhile, Apple has provided a custom watch to another iconic figure – designer Karl Lagerfeld, who was also spotted wearing an Apple Watch Edition with a gold ‘Link’ bracelet. The bracelet is only available with the steel edition of the Apple Watch for now. 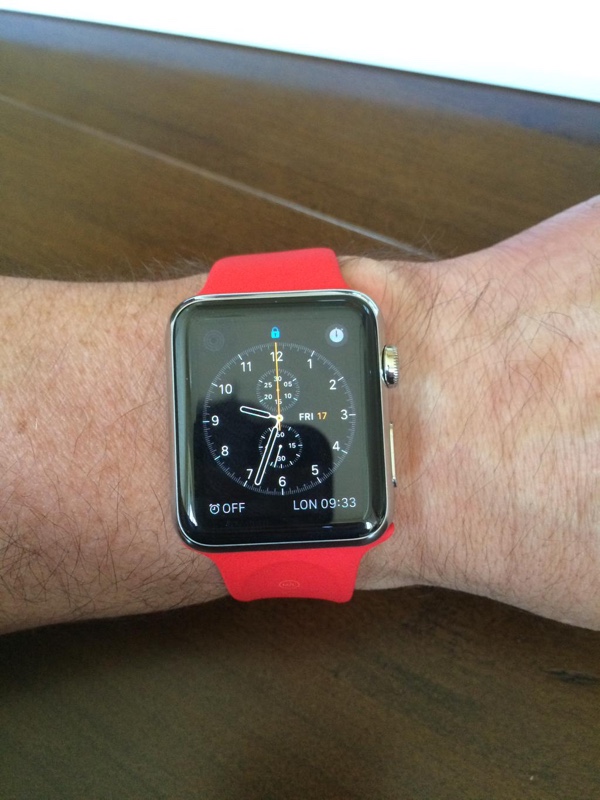 Apple has released (PRODUCT)RED merchandise in the past, with a portion of the proceedings from the sales being donated to the Global Fund to fight AIDS in Africa. The initiative has so far managed to raise over $70 million since it started, and it is likely that Apple will release such a version of the Apple Watch in the future as well. Currently the iPod, iPhone 6 and 6 Plus cases and iPad Smart Cases and Covers are part of the (PRODUCT)RED lineup. 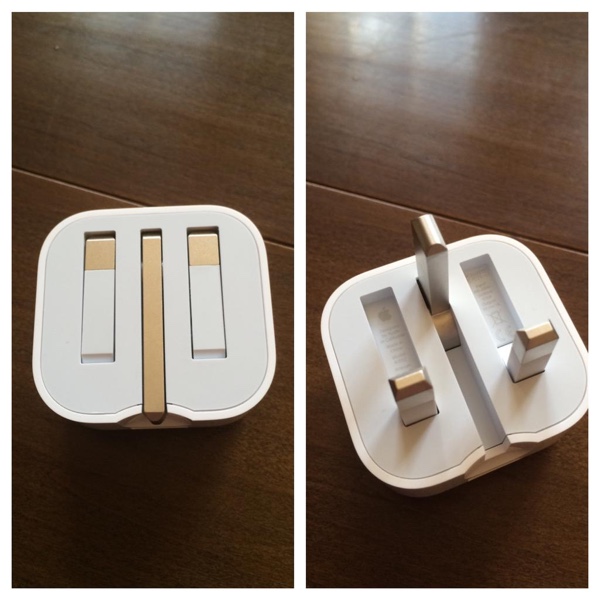 Personally, it’s the new folding design charger that has me wishing for one as well, but we will have to wait till the 24th of April to find out if Apple really is shipping these in with the device in the U.K. market.