Apple made a very conscious, and very public effort, to improve the Messages experience on iPhone with the release of iOS 10.

The revamped Messages app shipped with a plethora of new features, including Digital Touch messages, handwritten scribbles, a dedicated iMessage App Store, and even new messaging effects for beautiful animated messages. However, as good as Messages is, the launch of BetterMessages for jailbroken iOS 10 devices would suggest that at least one developer thinks it could be better if additional power is given to users.

One of the wonderful things about being able to jailbreak a device, and produce software for those devices, is that developers aren’t limited to just building standalone apps and experiences.

Having that total access to the device and its file system means that developers are actually able to hook directly into native experiences in order to change them and bend them to their own desires. Which is exactly what BetterMessages does by hooking into the native iOS 10 Messages app and introducing new functionality and customization options allowing users to tweak the experience to their own requirements, within the limitations of what BetterMessages offers, of course.

From a functionality perspective, this particular package is all about tweaks and modifications of the Messages app. There’s a number of color-changing options, such as the ability to change the color of the navigation bar found within the app, as well as make it entirely translucent if that is the type of look you feel more comfortable with. 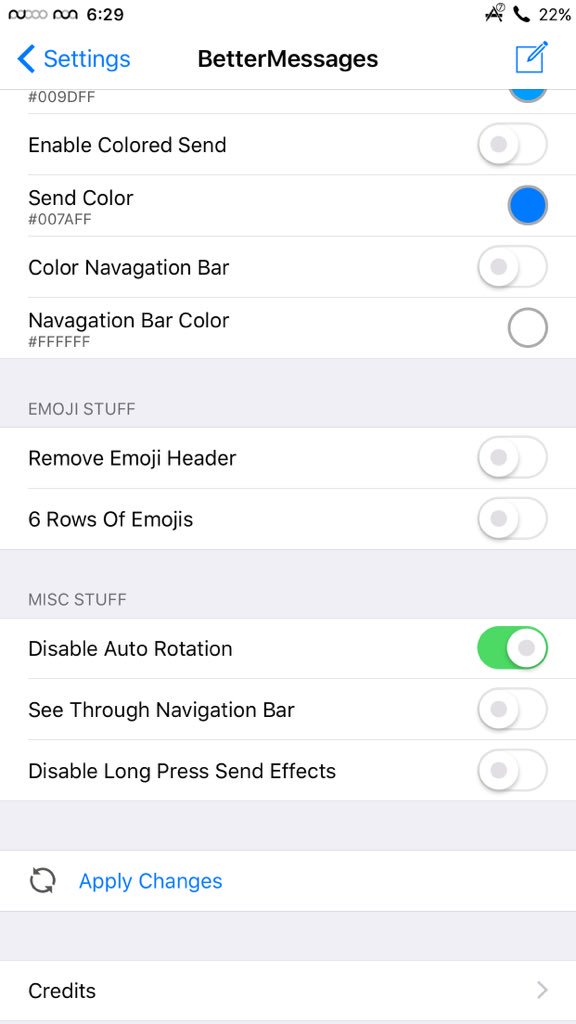 There’s also the option to change the color of the Send button found within the app. A very small, but likely very popular little addition. The developer behind this package has also paid some love to emojis – which are clearly the modern way of communicating – by allowing the the emoji header to be removed, as well as introducing a whopping 6 rows of emojis. 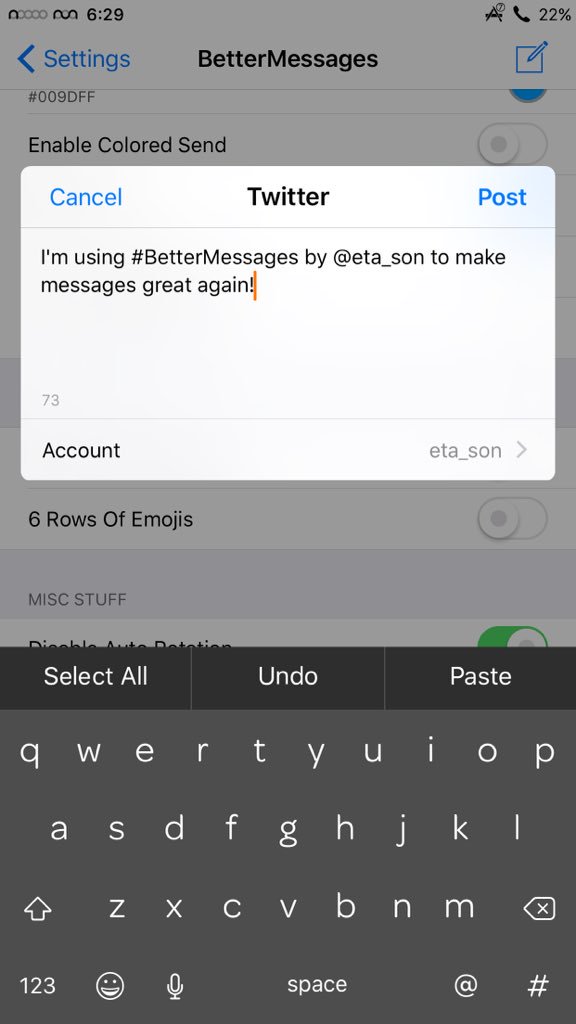 Last, but certainly not least, there is an actual override for what Apple’s defines as one of its greatest accomplishments with the iOS 10 Messages app; Send Effects. With a simple toggle it’s entirely possible to disable them altogether if you are the type of person who doesn’t enjoy sending wonderful animations with your communications. If all of that sounds promising, as well as the promise of future updates, then you can grab BetterMessages for iOS 10 now for free from the BigBoss repository.