After going through the usual process of releasing a number of pre-release beta seed builds of iOS 10.3 to registered iOS developers, as well as members of the public testers enrolled in the Apple Beta Software Program, Apple now sees iOS 10.3 fit to be rolled out to the masses. 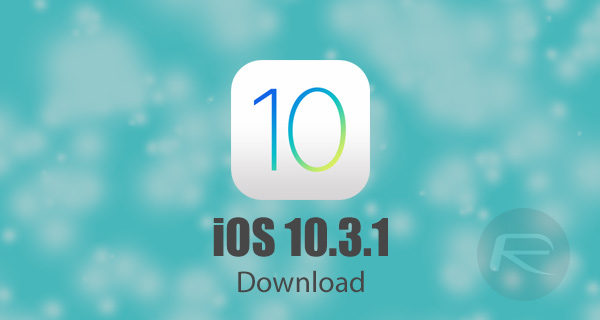 That of course means that Apple’s engineers are confident enough with the platform, and the fact that it ships without any service-affecting or show-stopping bugs, to give the green light of release for device owners around the world to start putting it onto their main daily-use devices. And of course, this means access to everything that’s fresh and new with this release.

With this launch comes not only a number of subtle improvements and changes that will definitely enhance the user-experience on iPhone, iPad, and iPod touch, but there are also some not so subtle changes which fundamentally change the internals of iOS, such as the integration of Apple’s new file system setup, called Apple File System, or APFS for short. Additionally a feature to locate lost AirPods via updated Find My iPhone app has been included, as well as improved Siri with additional intelligence and capabilities.

From a more subtle perspective, Apple has also re-enabled call blocking extensions, which may have been available in previous versions of iOS, but were disabled with early iOS 10.3 betas for one reason or another. When you add those things to a number of HomeKit enhancements, the fact that CarPlay now has additional capabilities, and the addition of a new user profile and security section directly within Settings app, you get an update which is definitely worthy of an immediate download.

Users with a compatible iPhone, iPad, or iPod touch can immediately head over to the Software Update functionality within the native Settings app (General > Software Update) to grab this latest update. Of course, this will be serviced to the device as an over-the-air download. 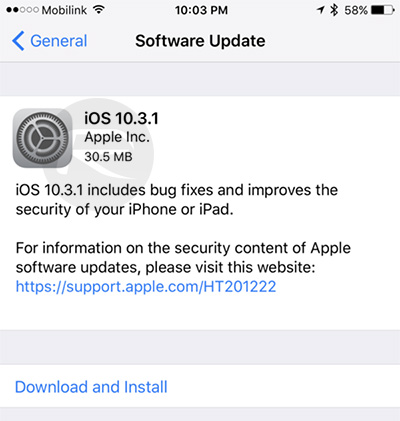 Alternatively, for those that may have been experiencing difficulties, or how just prefer an entirely fresh install and fresh start, they can grab the latest IPSW file directly from the links below and then use Apple’s iTunes software install it on the relevant iOS device.

It’s important to note that currently there is no jailbreak available for iOS 10.3.x, with last public jailbreak being yalu102 for iOS 10.x.x-10.2 devices. If jailbreaking is what you want, avoid updating your device to iOS 10.3.x.

Update x1: Apple has now released a minor bug fix and security release in iOS 10.3.1 update. The post above has been update to reflect this change. Full changelog of iOS 10.3.1 can be seen here: iOS 10.3.1 Release Notes / Changelog: Here’s What Has Changed.