Apple today made iOS 10.3.1 available to the public, and while no beta program for the update was ever released, this version does add a particularly important feature. Namely, iOS 10.3.1 supports older 32-bit devices whereas final version of iOS 10.3 did not. You could say that’s a pretty big deal!

If this is indeed a tweaked version of iOS 10.3 as is to be expected given the version, then it arguably went through beta testing on 32-bit devices under the guise of iOS 10.3. The question here is, what else has changed in this release? Well, according to Apple’s own release notes, not a whole lot. 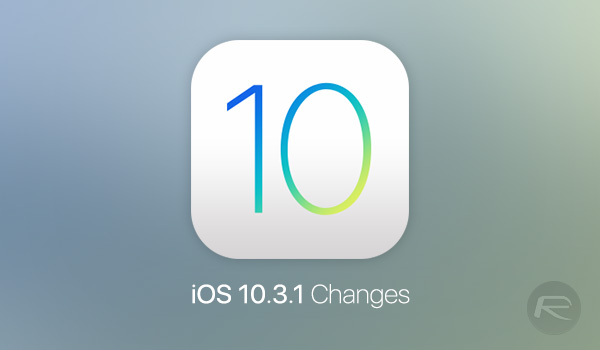 Kicking things off with security patching, Apple never discloses what it may or may not be working on prior to any update as far as plugging security gaps is concerned, and this is the case again here. However, it does happily say which holes have been plugged once they’re all done and dusted, and from the changelog for iOS 10.3.1, that appears to be the main aim of the game this time around – security fixes – or one fix, to be exact.

According to Apple, iOS devices running software prior to iOS 10.3.1 may have allowed “an attacker within range to be able to execute arbitrary code on the Wi-Fi chip” when “a stack buffer overflow was addressed through improved input validation.” That obviously is far from an ideal situation, and thankfully, we no longer need to worry about it thanks to iOS 10.3.1.

If you are using a 32-bit device, then this update is going to make a big difference for you, and you can check out our coverage of what iOS 10.3 brought to the table as this is the first time you will be able to enjoy those features. For those who don’t care about jailbreaking, we suggest updating now to ensure the maximum security for your devices.

The update can be downloaded for free right now.