Despite the fact that BlackBerry looks in more than a spot of bother just now, the planned effort to bring the famed BlackBerry Messenger service, or BBM, to Android and iOS is still going ahead as planned. Whether owners of said devices actually require this impromptu resurrection of a dying brand – particularly in light of services like WhatsApp and Facebook Messenger – remains to be seen, but by the looks of a new landing page on the Canadian arm of the company’s website, the wait is almost over.

In light of BlackBerry’s recent move to sell up, the arrival of BBM for iOS and Android reeks of desperation. Back when the decision to launch BBM on both iOS and Android was announced, the recent cited at the time was that the company believed in the strength of BB10, and thus did not need to keep BlackBerry Messenger as an exclusive means of trying to wrangle new customers. 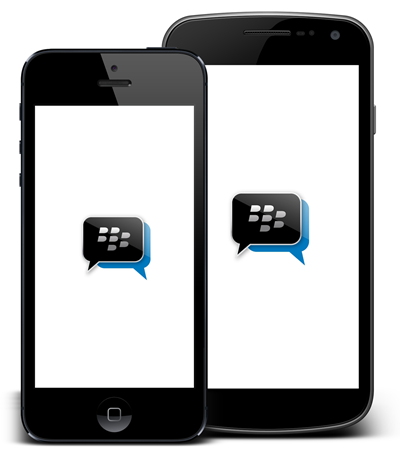 The claim, at the time, looked dubious at best, and in light of recent events, it’s clear that BlackBerry has descended to the point of simply throwing ideas against the wall, and hoping something sticks enough to help lift from its current slump. The signs of BlackBerry’s decline have been clear for all to see for some time now, but with the company failing to adapt to changing mobile industry quickly enough, the release of BBM for iOS and Android is looking like a last hope of exposure for a brand so strong prior to the iPhone.

With most settled into a routine of using Facebook Messenger, iMessage, WhatsApp and others, BlackBerry Messenger faces a tumultuous battle to win over consumers, but it’s worth remembering that, in terms of security and general usability, BBM is still very much up there. Additionally, since a large portion of smartphone users will, at some point, have owned a BlackBerry device, there’s likely to be an initial rush as intrigued consumers flock to check it out.

The new apps are expected by the end of the summer, and with the new landing page now allowing interested parties to check out FAQ section on how to get started using BBM on iPhone and Android, it could be just a couple of weeks away at max.

If you haven’t already signed up when the service was first announced for iOS and Android, you can do so by pointing your browser to: us.blackberry.com/bbm.html

Update x1: The landing page has now been taken offline. This is what it looked like in full before being taken down: http://i.imgur.com/UvOF1LO.jpg