It was a much needed addition to iOS when Apple added the ability to sort icons into folders and clear up much of the clutter that comes hand in hand while having hundreds of thousands of apps to choose from. 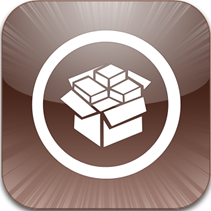 Having said that, Folders are currently extremely limited and basic. One of the main annoyances is the fact that you only get space for 12 icons per folder, so many people have to still organize categories with more than 12 subjects into multiple folders anyway. You can’t place a folder within a folder either as you can with Windows and Mac, so it is still relatively difficult to keep those apps in a uniform fashion if you aren’t jailbroken and using FolderEnhancer or InfiniFolders.

Another feature which would enhance folders in general would be the capacity to assign separate icons to specific folders in order to easily differentiate between them. So, say a football for sports apps or a book to represent reading apps. With FolderIcons, a new tweak developed by Vertex, you can do just that – and it looks great.

It’s pretty simple to use. Browse the internet for icons you like, and SSH them into your device – instructions of which can be found from within the app itself, which is situated under Settings.app. When you open FolderIcons, you are greeted with a list of your folders and by simply selecting the title of the folder and browsing through your downloaded icons, you can give each folder a little uniqueness:

Here is my current set of docked folder icons, which I added to give you guys an idea of how it looks on the device:

One for games, one for apps, and one for favorites. Nice and simple!

It’s a freebie, and should be up on the BigBoss repository although at the time of writing we weren’t able to locate it, so downloaded the .deb straight from the BigBoss website instead if you want to give it a shot straight away.

In order to give each of your folders a little identity, you will of course need a jailbroken iPhone, iPod touch or iPad. You can follow our step by step guide posted here to jailbreak your iPhone, iPad or iPod touch on iOS 4.3.5 using Redsn0w (or PwnageTool), or on iOS 4.3.3 using Redsn0w, PwnageTool, Sn0wbreeze & JailbreakMe (that last one being the easiest).