Apple appears to be getting ready to launch its Legacy Contacts feature — a feature that will allow people to set someone else as a contact that will be able to access their data in the event of death.

The feature, which was announced as part of the iOS 15 launch, is still in the works. But two points spotted by MacWorld would appear to suggest that something is afoot — and the feature is closer than ever to a launch.

The first point of note is the fact that Apple has updated its iCloud usage agreement to include mention of the new feature.

If your designated contacts provide proof of death to Apple and have the required key, they will automatically obtain access to that certain account data and activation lock will be removed from all your devices. Thus, it is your responsibility to keep your Digital Legacy contacts up to date.

The second point is that a new microsite has been configured, although it doesn’t appear to be live as yet. digital-legacy.apple.com looks set to be the website people will visit in order to set all of this kind of thing up. 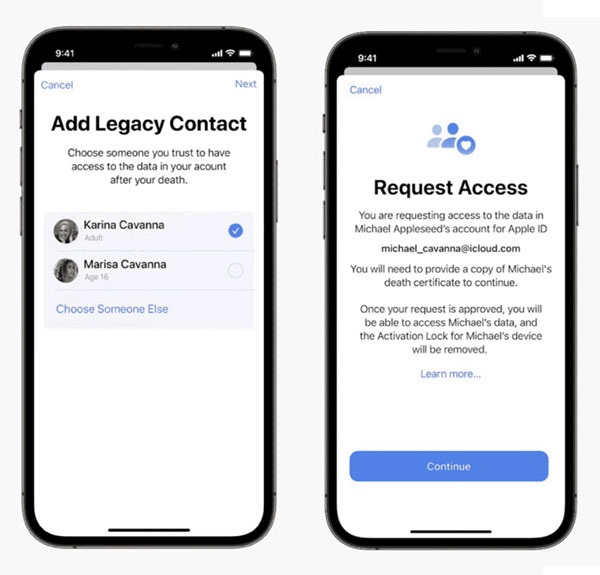 It isn’t immediately clear exactly when this important feature will be live and ready for use, but it’s something we would absolutely suggest setting up when it’s available. People won’t have access to data that is end-to-end encrypted when you die, but things like iCloud Photos should be good to go.