It appears Apple could be planning to make some major changes to the visuals of the iPhone in time for a September 2017 reveal. There have been plenty of speculations over the last few days suggesting that Tim Cook’s team will move to a slightly delayed “tick-tock-tock” style of refresh, meaning that we would see an entirely revamped iPhone introduced to the market over a three year cycle. The analyst hints at the possibility for Apple to introduce an iPhone that not only adopts OLED display technology, but that also comes with a dual-curved display.

Use of the terminology, “dual-curved” display was probably enough to raise confusion levels amongst fans and consumers. We aren’t talking about an iPhone that could potentially ship with two curved displays, but rather a single OLED panel that has curved edges on both right and left-hand sides, similar to the type of set up that Samsung has adopted with the Galaxy S7 Edge and Vivo with the Xplay 5. This would mean a main flexible OLED display that slopes to the sides on either side of the device. 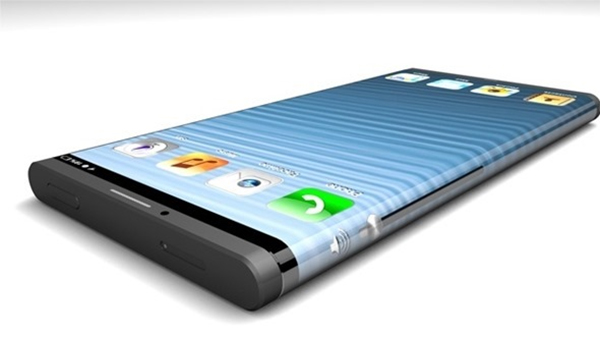 The iPhone 7 is yet to be officially revealed by Apple, with that announcement expected this coming September, but we’ve already been privy to a number of leaks and reports about the potential for Apple to embrace new technologies with the 2017 iPhone and beyond.

It’s already been heavily rumored that Apple will move across to using flexible OLED displays for its 2017 iPhone and onwards, which is something that would actually be a necessity should the company want to release the phone with a wraparound display. Interestingly, the wraparound display has been rumored to be exclusive to the larger Plus iPhone model, but we’ll have to wait and see. What isn’t currently known however, is if Apple would use the sloped display to introduce a unique design, or if the edges of that display would actually provide additional functions in any way whatsoever.

Additional speculation has already suggested that Apple will leapfrog the iPhone 7s and go straight to naming next year’s device iPhone 8, which falls back to the previously mentioned tick-tock-tock release strategy, and makes sense if it does come sporting an OLED display. The device is also expected to have an edge-to-edge display with integrated FaceTime camera and Touch ID that could potentially utilize an enhanced taptic engine to replicate things like the pressing of a Home button from the glass panel itself.