We’re all playing the guessing game when it comes to Apple’s next iPhone. Some people prefer to deal in the land of the reasonable, whilst others throw caution to the wind, prophesizing all manner of weird and wonderful features that will never see the light of day.

There’s a third group though. A group that liked to take Apple’s patents and base their predictions on those, choosing to at least keep their feet on the ground whilst still being allowed a certain degree of artistic license. That’s where T3’s depiction of what the next iPhone -or the iPhone 6 as they are calling it – may look like comes in, and we have to say we like it. In fact, we like it a lot.

Using Apple’s recent patent claim for a wraparound display as the basis for its latest concept video, T3 has created something really special. We’d love it to end up in production, but we’re not holding our breath. 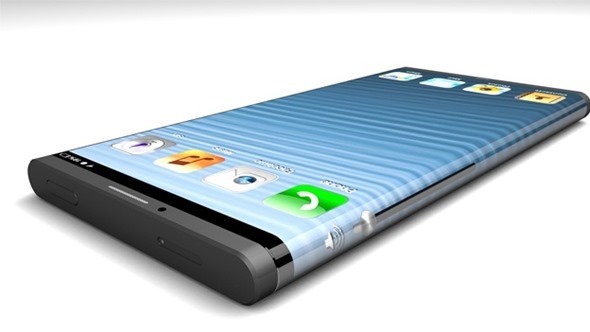 The video depicts an iPhone who’s display covers the device’s entire surface. There’s no front or back to this iPhone, just one huge display that allows for new ways of interacting with software, as well as removing those pesky buttons that Steve Jobs hates so much.

Featuring an AMOLED screen that packs in a whopping 11615×1800 pixels and a 2MP front-facing camera, the device is entirely buttonless. Volume control is instead taken care of by a gesture-based slider on the spine of the device, which whilst awesome would give us the concern of accidental volume adjustments during normal use. That said, this is just a concept, so we’ll let them off there. 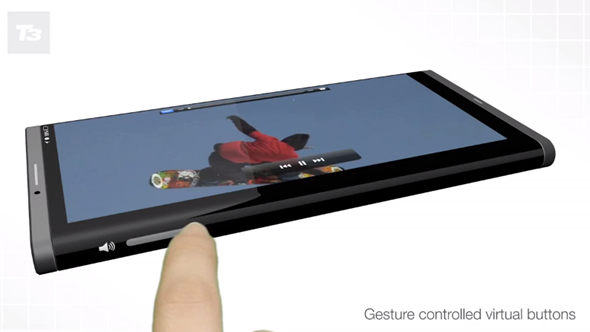 The concept allows for a Lightning connector as well as NFC, too, whilst retaining much the same iOS interface that we are so used to following six years of using it. That wraparound screen would lend itself to offering new multitasking features though, and we’d love to see what Apple could do in that regard. Unfortunately, we have to keep reminding ourselves that this is indeed a concept, and not a shipping product!

We do like what T3 has managed to put together, even if it does have its flaws when it comes to usability in the real world. Unfortunately we can’t see Apple producing anything like this later this year, but you never know – give it a couple of years and anything’s possible!