A lot of the Apple-related speculation over the last few months has attempted to focus solely on the introduction of the iPhone SE, along with the potential specification and feature set of the iPhone 7. Now, a new report coming out of China is suggesting that Apple is planning to push forward with plans to move across to OLED display technology within a new iPhone as early as 2017. If true, it means that Apple would be effectively bringing forward the earlier rumored plans to adopt OLED display tech, which was originally slated for the 2018 iPhone models.

Apple has reportedly already been through a process of reaching out to the likes of Samsung and LG to gauge the potential of ramping up OLED display production levels so that it can feel comfortable enough to put an OLED iPhone into production. Early reports pertaining to those negotiations suggested that initial discussions, which started taking place in December of last year, have reached a point where Apple is ready to strike a deal with the two companies potentially worth upwards of $12 billion over the lifecycle of the contract. Those reports too suggested that the deal was for 2018 iPhones. Today’s report says Apple could in fact be doing all that for its next year’s iPhone 7s series instead of iPhone 8. 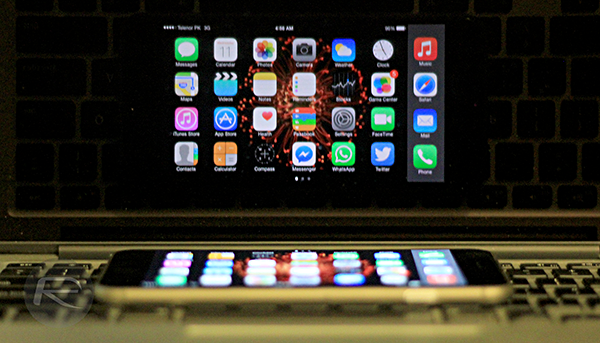 Apple is clearly keen to bring an OLED-based iPhone to the market sooner rather than later. The underlying reasoning behind the internal decision to move away from LCD display technology to OLED is part of a larger plan to not only bring an improved viewing experience to the iPhone for end-users, but to also reinvigorate sales of the hardware in the wake of doom and gloom predictions from a number of industry analysts. The iPhone may still be one of the most popular smartphones on the planet, but Apple’s marketing machine will continuously be looking for way to convince consumers to upgrade to a newer iPhone model more often. There’s also the added appeal of trying to convince users to churn away from Samsung’s AMOLED-sporting phones in favor of an iPhone.

The benefits of OLED integration can often go beyond just adding marketing appeal to a device. OLED display panels are often thinner than those using LCD technology, meaning that Apple can be more confident in shaving the thickness off future iPhone models. They also tend to use less battery, resulting in increased battery life for the iPhone. As always, it’s worth digesting and banking on this report with a healthy amount of skepticism. Those who have consistently proven to have intricate knowledge of Apple’s plans – such as analyst Ming-Chi Kuo of KGI Securities – still believe that we won’t see the rise of OLED iPhones until 2019 at the earliest.