We may only be half way through November, but attentions are already beginning to turn to this holiday season, with retailers keen to make sure that they have all of the latest products ready for shoppers to pick up.

Apple is no different, and the company has updated its website with the 2017 version of its holiday gift guide. 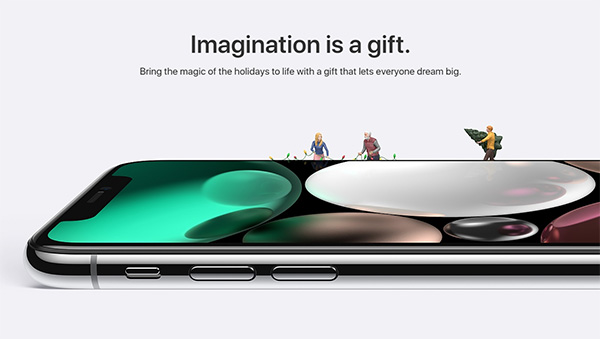 For those unfamiliar with the concept, Apple’s holiday gift guides give buyers ideas for what they could buy for their friends and family during the season of giving. Apple uses the guide to promote its latest releases while also offering other, less impressive options as well. This year is no different at all, with Apple continuing to focus on a mix of first and third-party hardware and accessories.

Front and center, predictably, is the new $1,000 iPhone X. This, of course, comes as no surprise at all, nor does the fact that the Apple Watch Series 3 is also part of the guide. Rounding out the first-party hardware we have the iPad Pro, MacBook Pro, and Apple TV 4K also making an appearance, with Apple’s own accessories such as AirPods and Apple Watch bands also shown off.

There are plenty of accessories from Apple’s partners also receiving a mention, including the new DJI Mavic Pro drone, which is available in an exclusive Alpine White color. There is also a Belkin Boost Up Wireless Charging Pad shown off in the guide, giving new iPhone owners an option for their wireless charging needs. 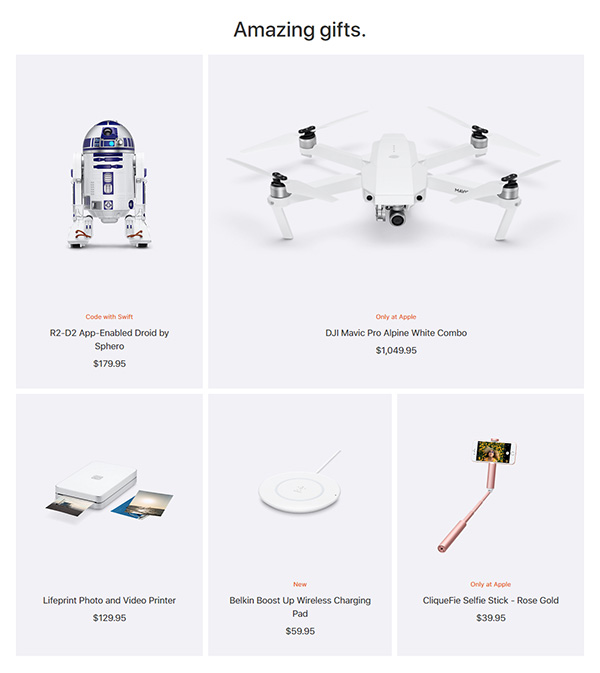 As has been the case with other holiday periods, Apple is also offering an extended return period for those buying items as gifts. Most hardware and accessories purchased between November 15 and December 25, 2017, will be eligible for return until January 8, 2018 in countries such as the United States, Australia, the UK, Canada, Germany, France, Sweden, the Netherlands, Hong Kong, and Japan.