The hard-working distribution team behind the increasingly popular Kodi media center software has pushed Kodi version 17.6 final, which, incidentally, will be the very last release in the Kodi “Krypton” series.

This final Kodi 17.6 release comes on the back of multiple RC and Nightly seeds to the community and really cements what Kodi Krypton is all about with a series of fixes to offer maximum stability to the platform in its current incarnation. 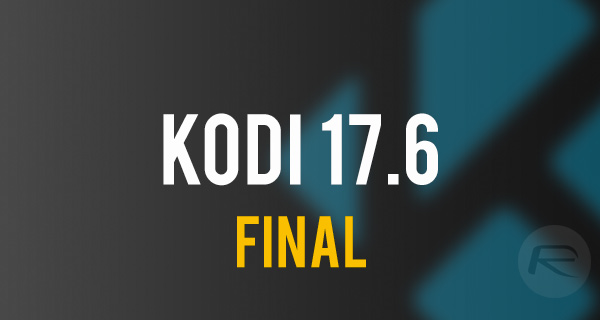 This particular release represents the end of yet another era for Kodi and its users. The Kodi “Krypton” series has been serving up a wonderfully consistent experience to users for approximately 9 months after the initial 17.0 release back in February of this year. The upgrade to Kodi Krypton carried on where Jarvis left off, and has actually done a wonderful job of paving the way for the next iteration of the platform, Kodi 18.0 “Leia”, which is already in the works and will likely be coming very soon.

Albeit the last ever official version of Kodi 17, this is actually classed as a bugfix release by the team, which means that it doesn’t actually introduce any new functionality or features which can’t be found in earlier versions. All of that goodness will be saved for the initial release of Kodi 18 Leia.

However, what it does bring are multiple fixes and improvements, which are ultimately designed to iron out some of the last known niggles that Krypton users have been experiencing and offering a stable usable platform for those who may opt to remain on 17.6 going forward instead of upgrading to Kodi 18 when it’s publicly and widely available.

The official changelog of 17.6 looks as follows:

If you are wanting to get Kodi 17.6 Krypton installed on an Android smartphone, tablet, or set-top box, or you have an iPhone or iPad that you typically use for your Kodi installations, then you can grab the relevant updated APK and IPA files for Kodi 17.6 Final from here. For all other platforms, including Windows, Linux, and macOS, you can head on over to the Kodi downloads page at kodi.tv/download for access to those installation files.