You can now download Kodi 17.6 RC1 APK and IPA for Android and iOS respectively, along with for Windows, Mac and Linux. Here are the details.

Kodi is one of those platforms that you don’t really hear about very much, and then, all of a sudden it’s everywhere and being talked about and heavily discussed and debated by everyone. The team behind Kodi, which falls into the true definition of a remotely spread workplace, has been hard at work recently, work which has resulted in the immediate release of Kodi 17.6 RC1. 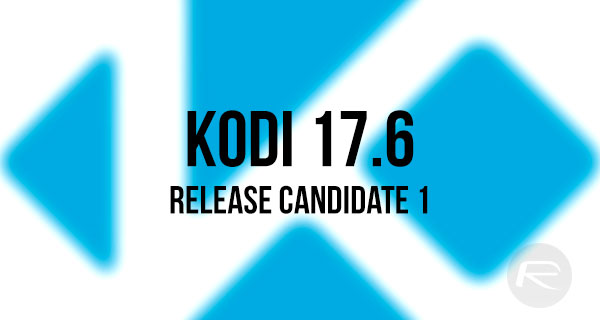 The release is actually quite interesting as it comes literally a matter of days after the team released Kodi Krypton 17.5 and 17.5.1. Those releases mean that Kodi 17.6 wasn’t exactly expected this soon, if at all, with many thinking that the team would take the opportunity to go straight to Kodi 18 Leia as a major new release it could make a song and dance about. That hasn’t happened, meaning that we now have this new build to interact and sink our teeth into.

From features and functionality perspective, we really have no idea what’s going on under-the-hood. There is no accompanying set of release notes with the release to suggest everything that has changed, which leads us to presume that this continues to be a bug fix and patch release which focuses on improvements and stability for Krypton before the big release of Leia. As always, if anything does become apparent, we will definitely let you know.

If you love being on the cutting-edge of software and hardware, therefore meaning that your personality insists that you have to be running the latest software builds, then you are going to want to get up and running with this Kodi 17.6 RC1 release. After all, until Kodi 18 Leia is pushed out, this is the latest version and therefore something that you need in your life. 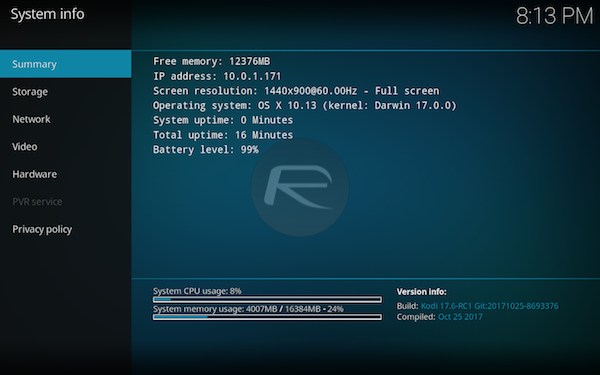 If you are ready to go through the process, then you can head on over to the dedicated Kodi downloads site at kodi.tv/download to grab the latest installer for the variety of offered and supported platforms. If you just want to grab the 17.6 RC1 IPA for iOS or the 17.6 RC1 APK for Android-based devices, then you can grab them directly from this here.

That should be all that you need to get the latest version up and running on your device.