Apple has continued the behind-the-scenes progression of iOS 11 by releasing iOS 11.2 beta 3 to developers with immediate effect.

The release means that those registered on the Apple Developer Program can download and install the 3rd pre-release seed of iOS 11.2 immediately for all compatible iPhone, iPad, and iPod touch devices. 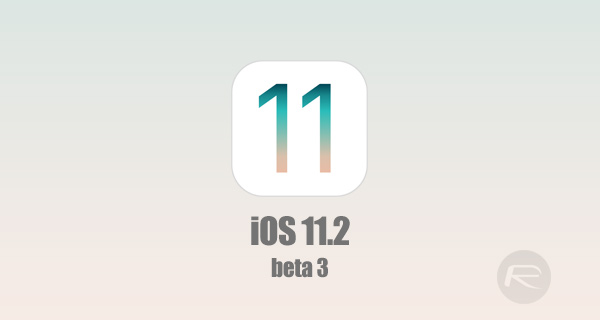 Like every beta release, Apple is asking registered developers to put beta 3 through its paces, feedback any issues to the relevant internal Apple departments through the usual mechanisms, and to also test their own apps and wares to ensure that everything works correctly with iOS 11.2.

From a feature perspective, and what those testing it can actually expect, Apple has done a fairly good job of bringing some impressive changes considering how many updates to iOS 11 there has already been. Developers will find a build of iOS which introduces the availability of SiriKit for the gorgeous new HomePod hardware which is slated to be released into the public domain next month. Apple has also flipped the switch on the release of the initial beta of Apple Pay Cash, which is the neat little feature baked into the iMessage experience allowing users to send peer-to-peer cash payments using Apple Pay with a simple message.

Apple has talked and waxed lyrical about Apple Pay Cash since WWDC back in June so it’s finally great to see it actually going live. Albeit in beta. Developers will also get a version of iOS with a ton of smaller under-the-hood improvements, security patches put in place to make it more stable, reliable, and secure, and usability enhancements and refinements.

As always, any developer with the necessary account and privileges can go right ahead and grab this latest update right now as an over-the-air update from Settings > General > Software Update on their compatible iPhone, iPad, or iPod touch.

Those new to developer betas can head over to developer.apple.com to get started. The same portal will also give you access to IPSW files of iOS 11.2 beta 3.

Update x2: Everything changed in beta 3 of iOS 11.2: iOS 11.2 Beta 3 Changes, Release Notes And Changelog Details You Need To Know About.