The Apple Watch appears to have outsold the entire Swiss watch industry if numbers used by a new Business Insider chart are anything to go by.

The outlet took recent data from Canalys which claimed huge Apple Watch growth last year and compared it with numbers shared by the Swiss watch industry, and if everything is correct then the Apple Watch achieved a new milestone during the holiday quarter of 2017 by shipping more devices than the total exports of the entire Swiss timepiece industry. 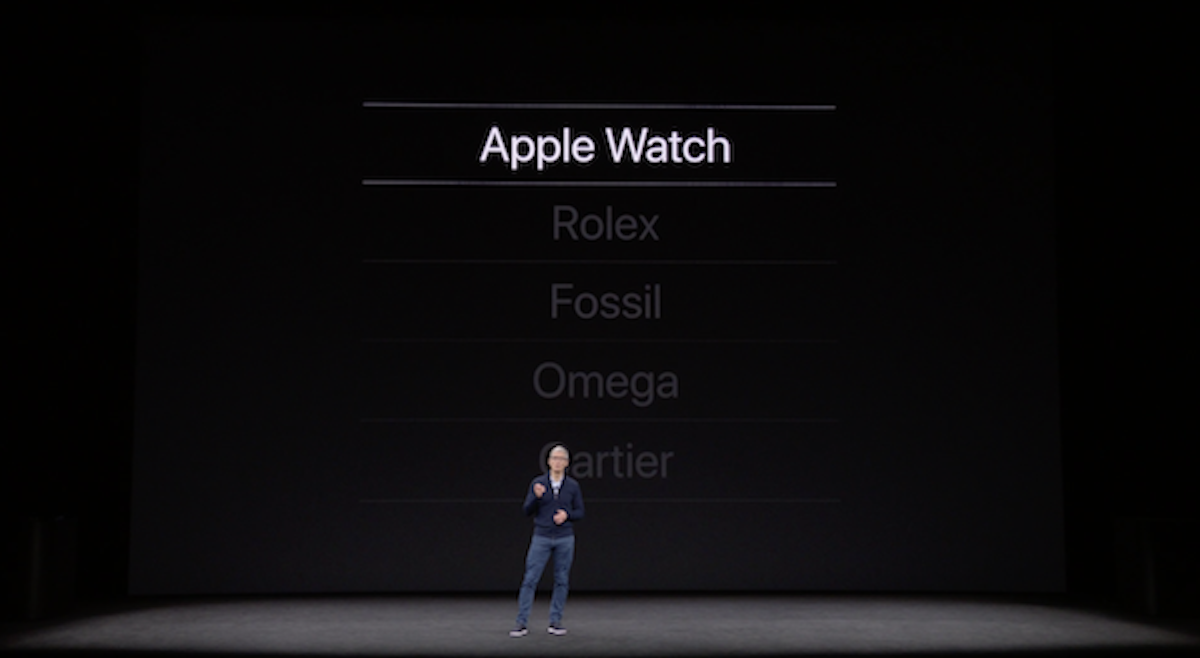 While that is a significant statistic to bear in mind, both in Switzerland and Cupertino, it is still very important to remember that when figures for the whole year are taken into account then the Swiss did still come out on top, although trends do suggest that Apple may have a good chance of coming out on top over the whole of 2018.

The numbers of note for the holiday period include Apple’s shipping 8 million watches during Q4 2017, with Swiss watch exports sitting at just shy of 7 million but when the whole year is taken into account, things look slightly different; Apple shipped 18 million in total which pales beside the 24 million exported by the entire Swiss watch industry.

However, Canalys reports that the 18 million figure for 2017 Apple Watch sales represents a 50% increase, suggesting that should a similar trend be continued it is only a matter of time until the smart wearable eclipses sales from the home of the more traditional watch.

This isn’t too surprising either as Apple recently announced that it was not only the number one smartwatch maker in the world, but also the number one wearable maker.

The Swiss watch market has been in a degree of difficulty for a number of years now, although many in Switzerland had expected that the arrival of the Apple Watch would kickstart sales of “real” watches, rather than harm them. That though doesn’t appear to be happening at this point in time. 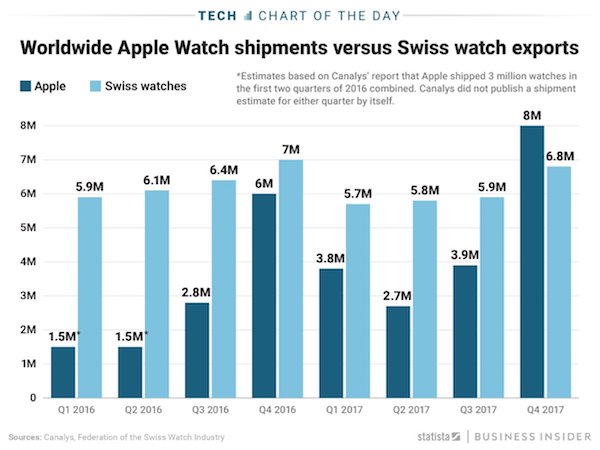