A video that has just surfaced online is sparking some serious speculations that the Apple Watch is likely to support wireless charging through Qi-compatible power mats. The video apparently shows a Moto 360 smartwatch being charged by the Apple Watch charger, which has led many to believe that power mats may actually just work out for the Apple wearable.

Apple has never said anything about jumping on board the Qi standard bandwagon, but this video does hint at the possibility of users being able to use Qi-compliant charging mats for the Apple Watch. Accessories like these are already available in the market and have been for a while, and have proven to work with the iPhone coupled with third-party Qi accessories. 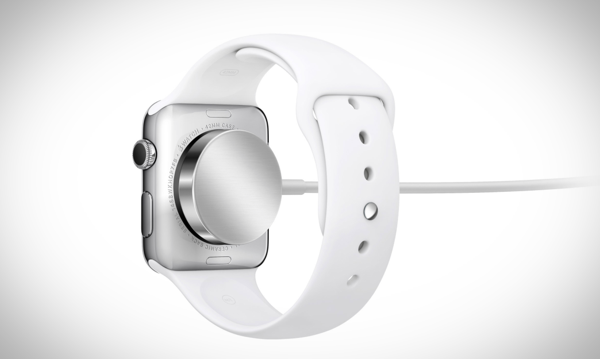 It’s interesting that the Apple Watch is not only the first wearable device from the Cupertino giant, but it’s the first product from the company that supports wireless charging right out of the box, breaking away from Apple’s long standing philosophy of not offering such a feature. In 2012, Apple’s marketing chief Phil Schiller expressed his reluctance in the technology by saying that the convenience was questionable since the tech still needed to be plugged into a wall. Schiller said: “Having to create another device you have to plug into the wall is actually, for most situations, more complicated.”

For now, Apple want you to charge your watch the good ol’ fashion way, but the MagSafe charger makes the whole experience slightly cooler than it actually sounds. Apple Watch’s battery life has been slated at 18 hours – comprising of mixed usage – and this has actually surprised plenty of critics who believed Apple might suffer on the power front with all the tech the company is packing into a device of this nature. An added Power Reserve mode further extends that battery life to a whopping 72 hours, but obviously curtails a lot of power hungry functions.