The infamous Chinese smartphone maker Xiaomi is back today with a new smartphone. Called the Mi 4i, the design, as expected, looks every bit like Apple’s iPhone 5c from the outside.

In essence, the design of the Mi 4i is a simple one, but there’s no denying the fact that Xiaomi has opted to copy Apple once again – like most of its previous smartphones before this one – featuring a candy-colored polycarbonate back down to the matching volume buttons. At this point we believe that Xiaomi has completely given up when it comes to original design, and has merely opted to live out of Apple’s bread and butter. 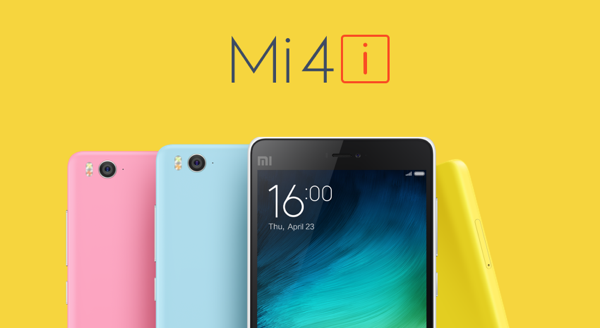 Where the outside of the device is every bit like an iPhone 5c, the insides are – thankfully – much different, and this is the only place where the Mi 4i can be told apart from Apple’s famed colorful handset. At the heart of the Mi 4i is a 64-bit octa-core Snapdragon 615 processor, coupled with ample 2GB of RAM. The display is big enough at 5-inches and sports a resolution of 1080p.

On the storage front, Xiaomi has opted for 16GB of on-board memory and there’s no way to expand it further – just like an iPhone, so no surprises here. Not exactly the smallest handset out there, but the phone packs a large 3,120mAh battery with quick charge tech., promising 40-percent of battery life after an hour of charging. 40% in one hour? Don’t think that’s impressive if you compare it to fast charging tech found in some of the Motorola and Samsung smartphones.

The phone sports a 13MP rear-facing camera with a 5-element lens, which is coupled with a ton-tone flash. The rear snapper is capable of recording videos in 1080p resolution. The front-facing camera sports a wide-angle lens and is sharp enough at 5MP. Along with dual-SIM card support, the Mi 4i also supports LTE connectivity along with Bluetooth 4.1. 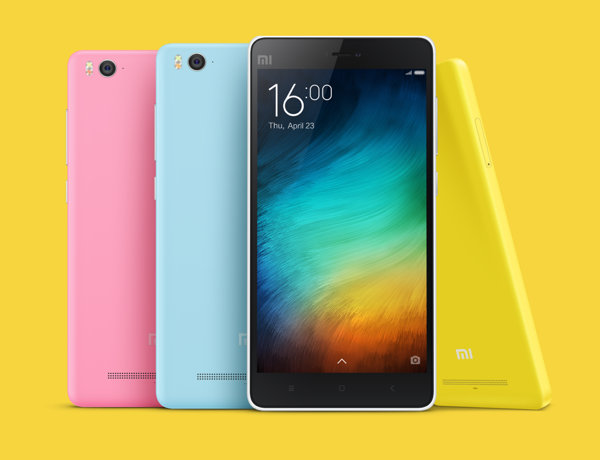 The Mi 4i is said to be headed to Hong Kong, Singapore, Taiwan, and Malaysia in the coming weeks, but there’s no word yet on when it will be headed to the western markets. The phone will be available in white, orange, light blue, pink, and black color options once it is launched on the 30th of April, starting in India.

The phone, like most other Xiaomi handsets, is priced much lower than the competition despite its impressive on-paper specs. Expect to see the handset priced at around $205 off-contract since the phone is being launched for the same (Rs. 12,999) in India.