Movie buffs around the globe are used to seeing superstar Dwayne “The Rock” Johnson appearing on the big screen with some of the biggest names in Hollywood. Whether it be an adrenaline pumping action movie, or a light-hearted comedy, Johnson has worked with the best on his journey to becoming the world’s highest grossing actor.

However, in his latest role, he is working with a relative newcomer to the screen as he teams up with Siri, Apple’s voice assistant, in a short movie that’s now live on Apple.com and Apple’s YouTube channel. 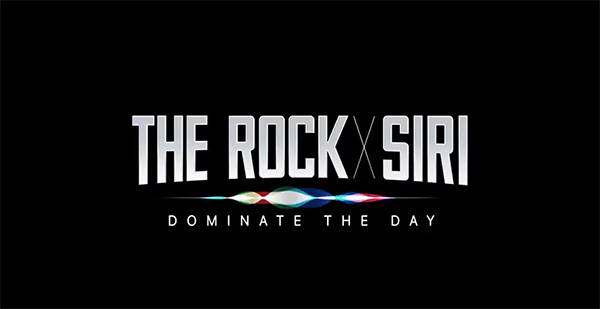 Apple has made no secret of the fact that it wants to start producing its own content, whether that be original programming for a future Apple subscription service or a tv series like the Planet of the Apps which was recently offered via Apple Music. We’ve also recently seen Apple team up with French director, Michel Gondry, on a movie called “Detour” which was shot entirely on an iPhone.

It’s fair to suggest that no one really saw this partnership coming, with the first official word making its way into the world from The Rock’s initial Facebook post:

I partnered with #Apple to make the BIGGEST, COOLEST, CRAZIEST, DOPEST, MOST OVER THE TOP, FUNNEST (is that even a word?) movie ever.

And I have the greatest co-star of all time – #SIRI.

I make movies for the world to enjoy and we also made this one to motivate you to get out there and get the job done.

I want you to watch it, have fun with it and then go LIVE IT. 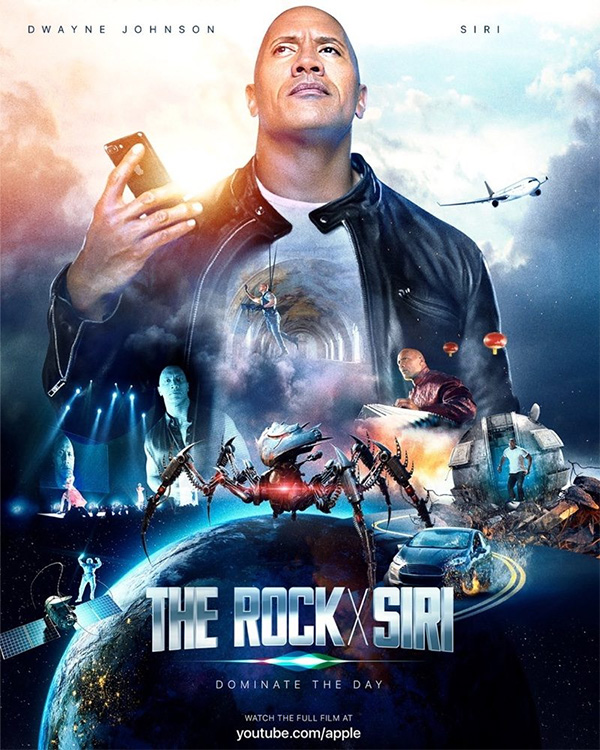 The initial post was accompanied by promotional artwork for the movie titled “The Rock x Siri Dominate The Day”, which sugested that the plot line would be a crazy collection of adrenaline-fueled events which would presumably all take place in a single day. Now that Apple has made the video live we know that the plot involves The Rock taking a journey with Lyft, traveling to Rome, capturing a selfie of his magnificently handsome face in space, all with the help of Apple’s voice assistant, Siri.

Apple has been making a Siri push recently, partly due to the fact that its voice assistant is significantly more powerful in iOS 11, but also because it’s about to release the HomePod hardware which is powered by Siri. Check out the movie embedded below for yourself and see what you think.